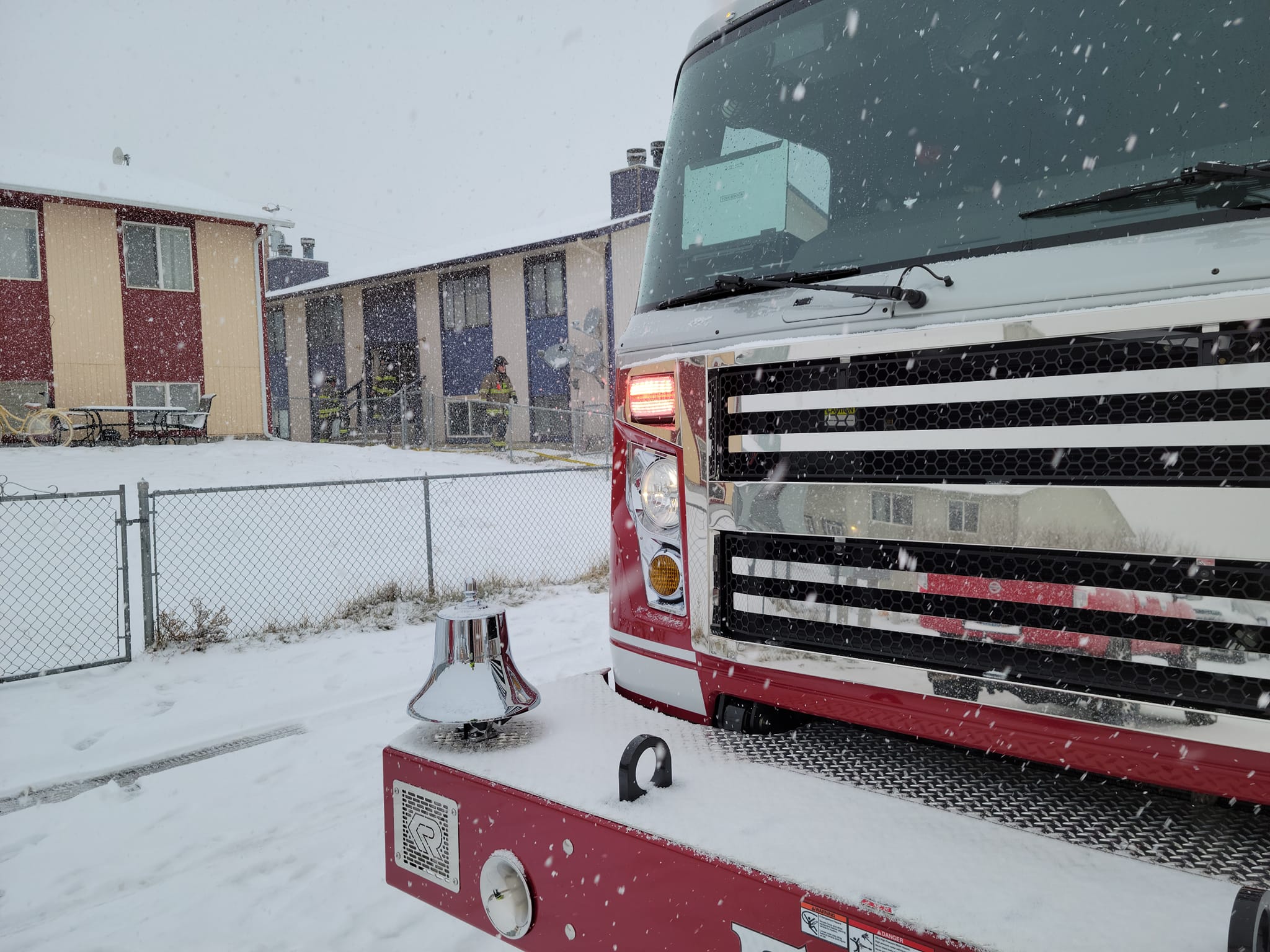 Firefighters responded to a fire at an apartment building on the 2500 block of South Jefferson Street on Friday morning. (Casper Fire-EMS Department)

CASPER, Wyo. — On a snowy Friday morning, Casper firefighters responded to a fire at an apartment building on the 2500 block of South Jefferson Street.

People reporting the incident noted smoke filling the building and the smell of burning, the Casper Fire-EMS Department said in a press release. Firefighters were dispatched at around 9:45 a.m. Friday and arrived to find the wood-frame multi-family unit filled with smoke.

“Firefighters located, and quickly extinguished, a fire encased in the walls of an apartment in the building,” the fire department said. “Firefighters also ventilated smoke and assisted in removing family pets from the affected apartment. The pets were unharmed.”

A resident of the affected apartment has been displaced and is receiving assistance from the Natrona County Burn Fund, Casper Fire-EMS said.

The cause of the fire remains unknown.

While the cause is unknown, the Casper Fire-EMS Department took the opportunity to remind people of some general safety precautions to prevent fires during winter.

“If using a space heater, make sure that it is rated by an independent testing laboratory, and do not allow anything to be placed within 3 feet of the heater in all directions,” the press release said. “If utilizing a fireplace, wood-burning stove, or pellet stove, make sure that your device has been inspected by a licensed technician. Burn only clean, seasoned firewood, or pellets that have been approved by the manufacturer. If your heating system is electric or forced-air gas, ensure that your device or devices have been inspected by a properly licensed technician.”