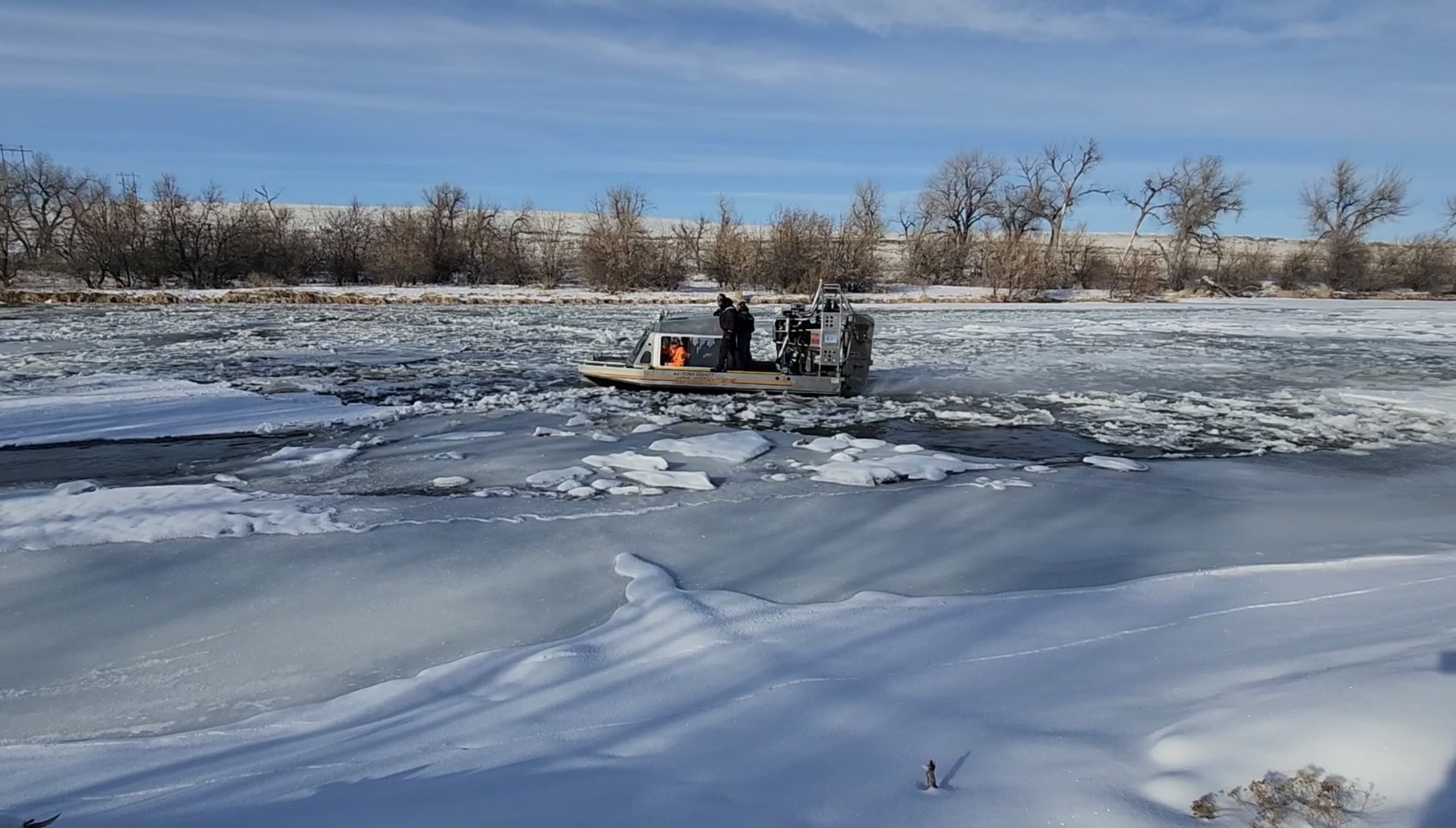 “The area will continue to be monitored and reevaluated as weather conditions provide better access to the river and search efforts can continue,” Natrona County Sheriff’s Office Public Information Officer Kiera Grogan said in the statement. “The missing person investigation of Bruce Campbell remains open and ongoing.”

Over the multi-day search, Natrona County Search and Rescue teams and officials covered more than 100 miles collectively over the ground and water in their search for Campbell. Responders searched on foot and with specialized equipment, K-9 Search and Rescue teams, unmanned aerial vehicles, ground-based cameras and night-vision devices and the deployment of an airboat and underwater sonar equipment.

Search and Rescue operations began Thursday after Natrona County Sheriff’s Office deputies responded to a report of an unattended vehicle at EKW State Park, a news release states. When deputies arrived, they found a dog on a leash roaming nearby. The vehicle and dog’s owner was identified as 60-year-old Bruce Wayne Campbell.

In the area where the vehicle and dog were found, deputies saw a void in the ice with an exposed area of water, the release said. Investigators said it’s possible that Campbell fell through the ice of the North Platte River.

The Sheriff’s Office asks that anyone who believes they have information that may assist the investigation call 307-235-9282.