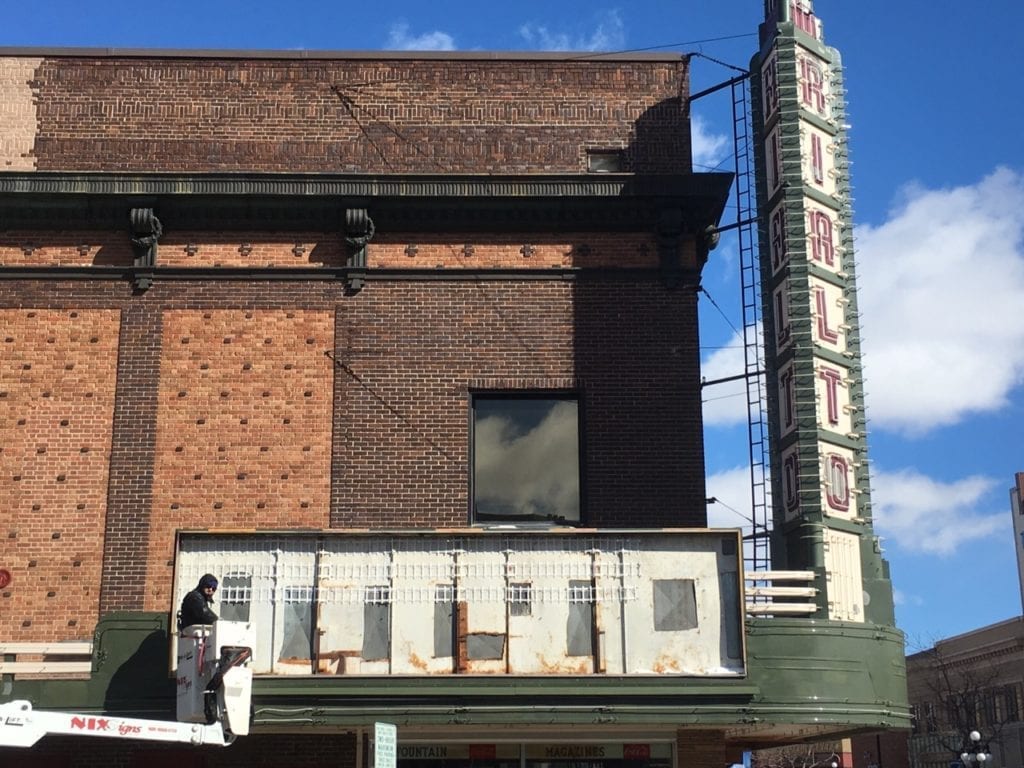 Repairs have begun on the Rialto marquee.

Repairs have begun on the marquee for the Rialto Theater in Downtown Casper. The marquee came down in mid-January during a very windy day.

Originally the “New Lyric Theater” when it was built in 1921, the building has undergone numerous remodels and renovations.  Not just a movie house, the Rialto used to play host to live vaudeville before it was a full time cinema.

The Rialto was added to the National Register of Historic Places in 1993.