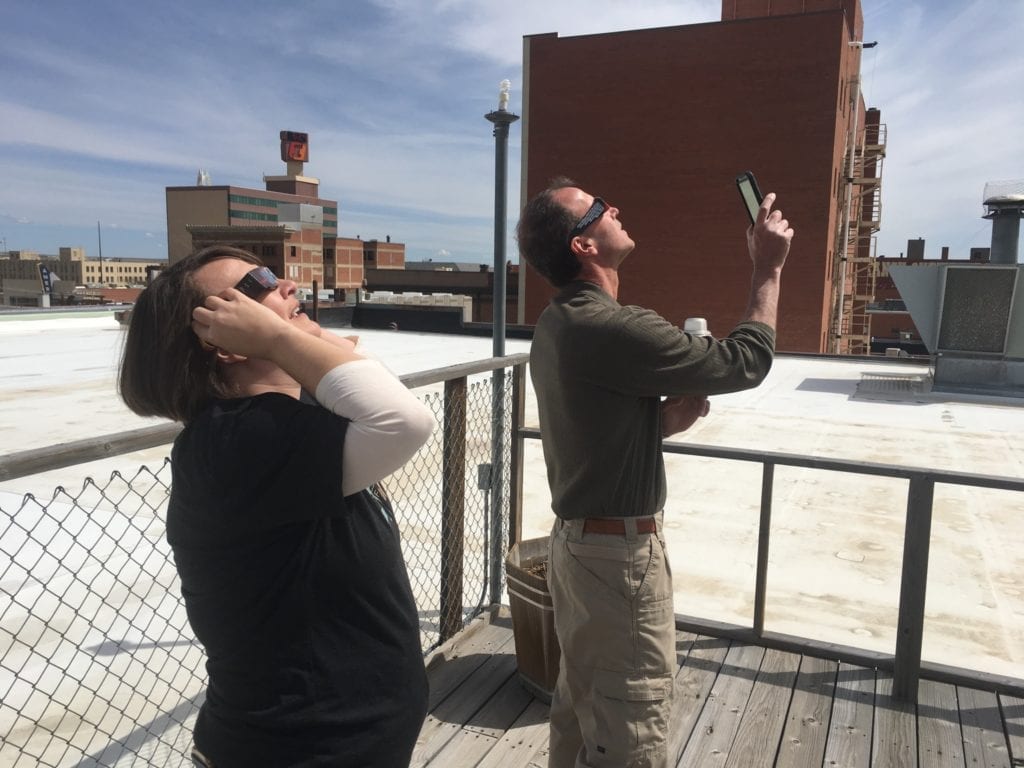 Officials from the Casper Area Convention and Visitors Bureau as well as the Wyoming Eclipse Festival, cast their eyes skyward on Thursday, April 20th; for what they were calling a “Dress Rehearsal” for the upcoming eclipse event in August.

On August 21st of 2017, Casper will be in the “line of totality,” offering eclipse chasers and the general curious a unique look at a total eclipse of the sun. Lasting 2.5 minutes (or 146 seconds), Wyoming will have first-row seats to see the day go dark, as the moon will block the sun’s visibility.  2017 marks the first total solar eclipse in the contiguous United States since 1979.

Anna Wilcox, Executive Director for The Wyoming Eclipse Festival says that they’re currently estimating over 35,000 people coming to Natrona County for the event.

“Today was a very big day,” says Wilcox. “Today, the sun was in the exact position that it will be on Eclipse Day, August 21st. So it gave a lot of our residents, especially those hosting viewing areas, an opportunity to step out and see what their eclipse view is going to be like.

If you missed the “Dress Rehearsal” for the eclipse, Wilcox says not to worry. While the sun’s position in the sky will not be the same on April 21st as it was on April 20th, however the difference would not be noticeable for most laymen.  She goes on to say that when it comes to the real primo seats, pretty much all of Casper has potential.

“You don’t have to be at some specific apex. It’s not the corner of CY and Poplar.  Being dead-center of that 60-mile-wide path is pretty much anywhere in Casper,” said Wilcox. “So people were able to check out their backyards, people were able to check out their businesses and see exactly where they will be viewing, without having to go out of their way to drive somewhere or to be in very specific spot.