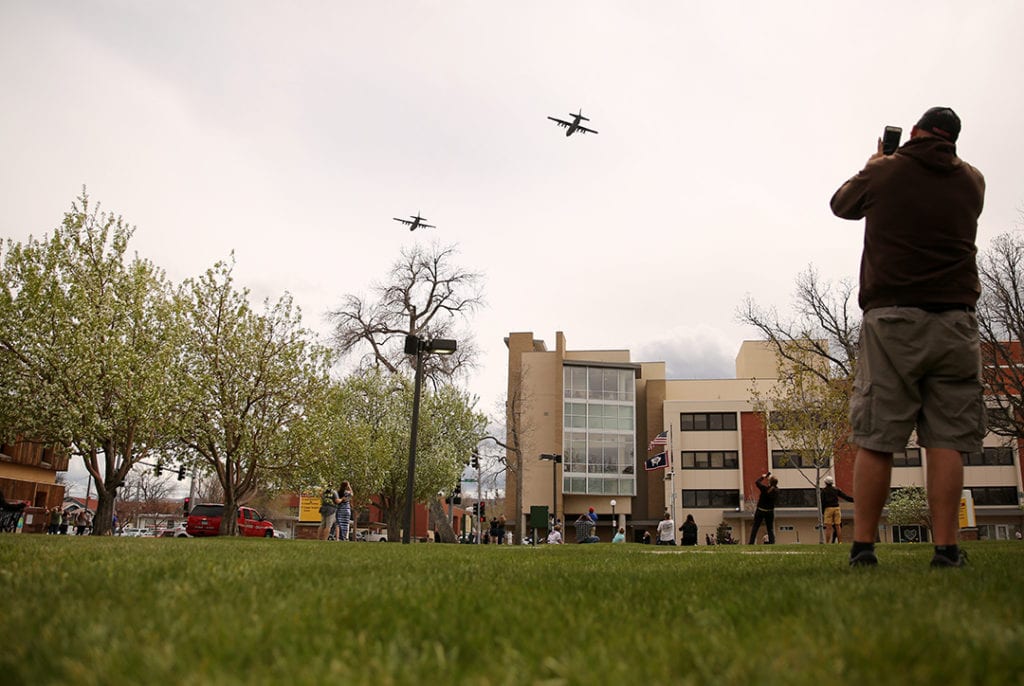 The two large aircraft rumbled across the sky as healthcare workers and citizens watched from the buildings and at Conwell Park.

The flights started in Wheatland at 9:15 a.m., and flew over most of the state throughout the day. However, the flight over Afton and Jackson was canceled due to weather.