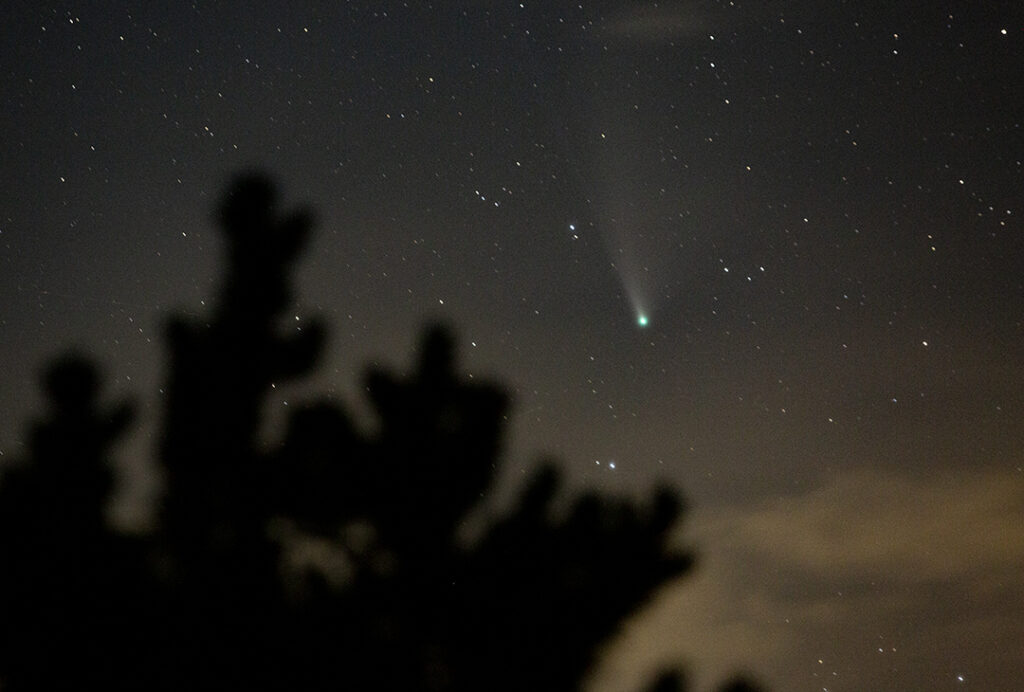 Comet Neowise, at center right, is seen streaking through the northwest sky from a viewpoint on Muddy Mountain south of Casper late Saturday, July 25, 2020. An exposure of 10 seconds captured the comet, which also caused the stars to streak slightly due to the Earth’s rotation. The comet is losing brightness as it heads back to the depths of space. (Dan Cepeda, Oil City)

CASPER, Wyo. – Comet NEOWISE was just discovered by NASA in March and gave residents in the Northern Hemisphere a thrill through most of July.

The comet was at its brightest a couple of weeks ago as it passed the sun. Last week it was closest to Earth, and it is now on its way into the depths of space where it won’t return to Earth’s view for another 6,800 years, according to NASA.

It should remain visible for a bit longer with the aid of telescopes and good binoculars.

Before the show was over, Oil City News photographer Dan Cepeda set up camp on Muddy Mountain this past Saturday back away from Casper’s light pollution to get one last look at the amazing comet.

Even south of the city, Casper’s lights emitted a golden glow on the horizon long after dark. A partial moon also intruded. However, with exposures up to 10 seconds, the comet and its distinct tail was able to be clearly captured.

Earlier this month, the comet was captured on camera above central Casper on a moonless night.