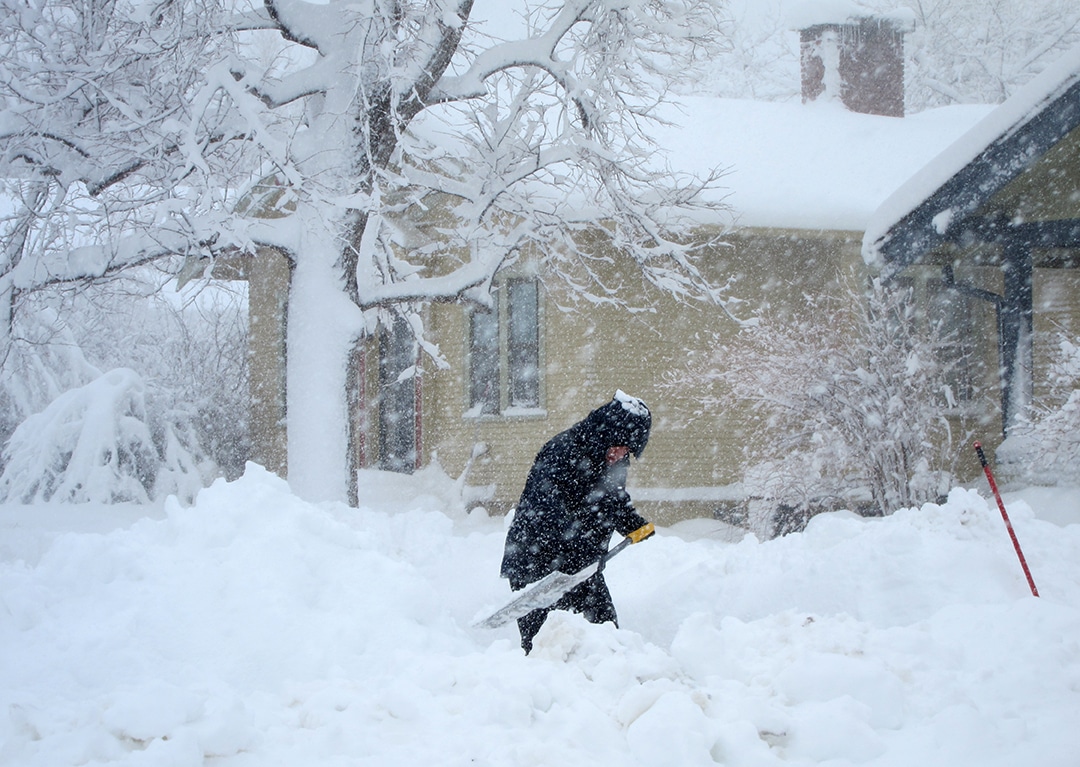 A homeowner digs out in a central Casper neighborhood on Sunday, March 14, 2021, during a snowstorm that closed most roads and highways across Wyoming. (Dan Cepeda, Oil City)

CASPER, Wyo. – A snowstorm is pummeling Wyoming, Colorado and western Nebraska on Sunday.

The National Weather Service in Wyoming called it a “historic and crippling” winter storm that would cause extremely dangerous to impossible travel conditions through at least early Monday, according to the Associated Press. Interstate 25 and Interstate 80 were essentially completely closed by Sunday morning, as were most major highways in Wyoming.

The AP says over 2 feet of snow had fallen just outside Cheyenne by 9:30 a.m. Saturday, the weather service reported, while other areas around the city had seen 16 to 19 inches. A SNOTEL site at Windy Peak in the Laramie Range reported 52 inches of snow in a 24-hour period ending Sunday morning, the weather service said.

Snow will be light but continue in Natrona County through Tuesday, said the National Weather Service in Riverton. The Natrona County School District announced on Sunday that schools will be closed tomorrow.