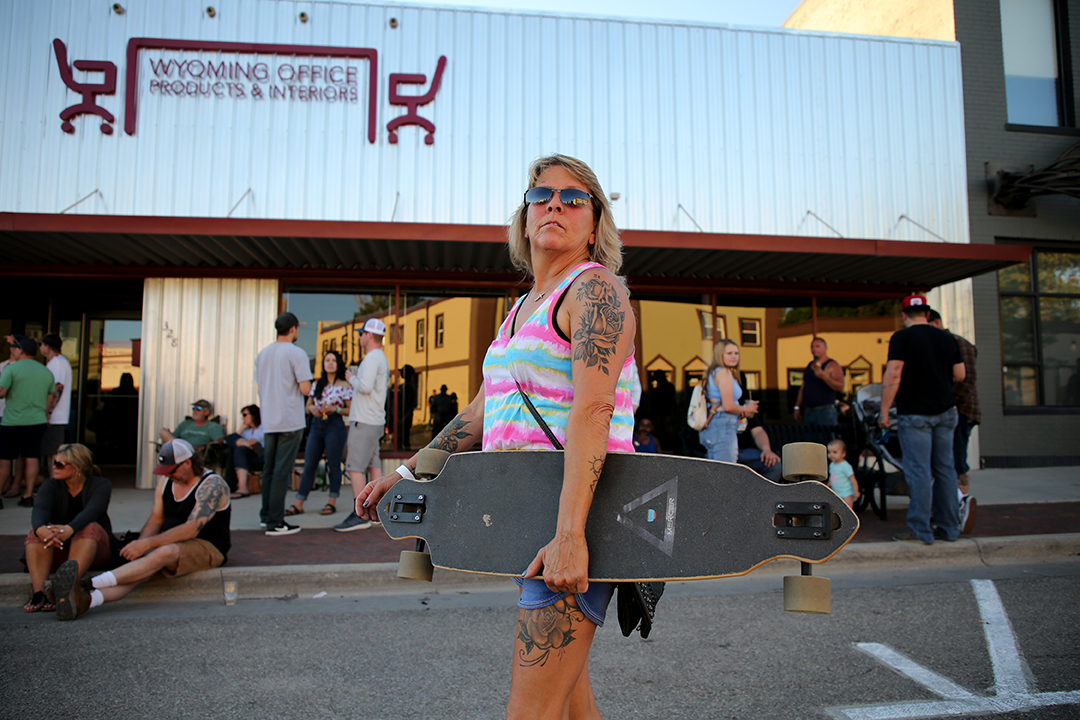 CASPER, Wyo. – A sense of normality returned to downtown as crowds returned for the first Casper Art Walk of 2021 after a down year during the pandemic.

Casper’s new open container ordinances were in full effect, allowing people to take specially-marked cups from local establishments out onto the sidewalks. Specific blocks of Second Street and Yellowstone are included, along with designated side streets.

Long lines formed at The Gaslight before an open air concert, free vaccines were given at Urban Bottle, and music from live bands could be heard from numerous establishments. The splash pad at David Street Station, just opened for the season this week, was filled with children as temperatures creeped into the low-90s. A jazz youth band played at the Nicolaysen Art Museum, which also featured open galleries, food and Gruner Bros. beer for participants.

As in years past, the Casper Art Walk will take place on the first Thursday of the month through September from 5 p.m. to 8 p.m.