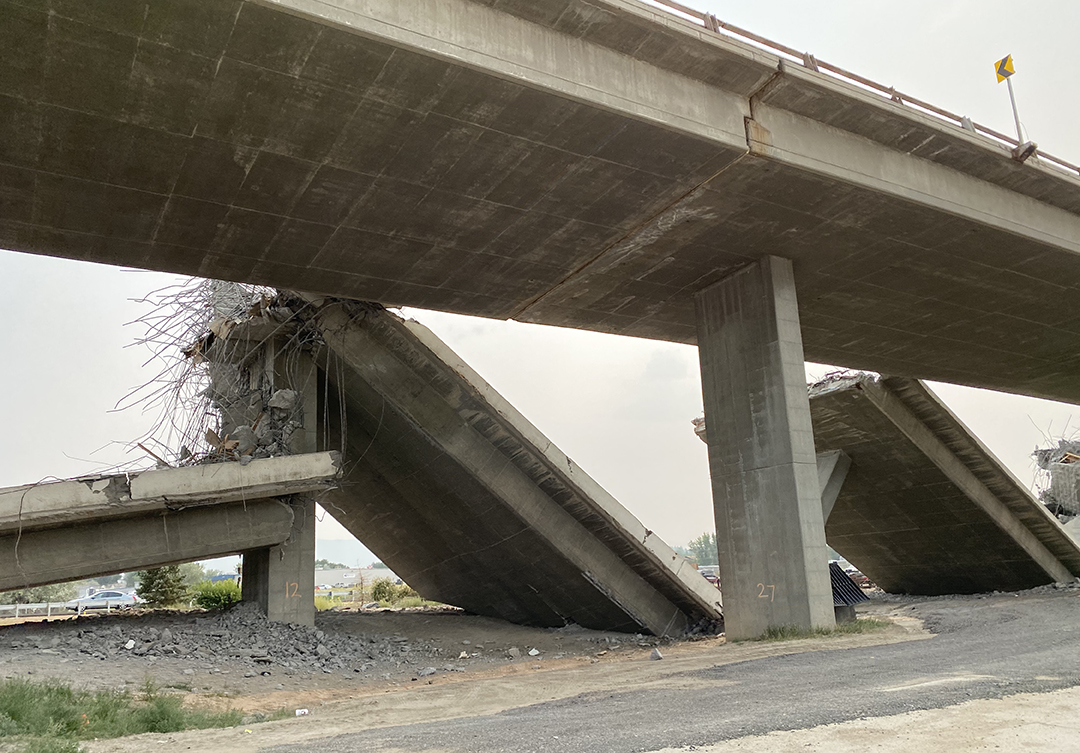 The southbound section of the Interstate 25 bridge over North Walsh Dr. in Casper is seen in the process of demolition on Tuesday, Aug. 17, 2021. Both sections of the bridge are in the process of being replaced with a single, shorter bridge structure, according to WYDOT. (Dan Cepeda, Oil City)

CASPER, Wyo. — The Interstate 25 bridge over North Walsh Drive in east Casper is partially demolished in a project to replace the structures.

On Tuesday, large sections of the southbound section of the bridge dramatically laid on their sides in the process to remove and replace them.

According to WYDOT, both sections of the bridge will be demolished and replaced with a single, shorter design.

The project, which has an estimated cost of $29.7 million, started in June and is scheduled to be completed by the end of June 2023.

Traffic has been diverted into detours to bypass the area, and delays are expected throughout the project, WYDOT said in a press release earlier this year.

“As the project progresses, the impact to traffic on I-25 and on East Yellowstone Highway, between Curtis Street and the F Street turnoff area, will require motorists to reduce their speed, pay attention, and if possible, find alternate routes,” WYDOT said in the release.