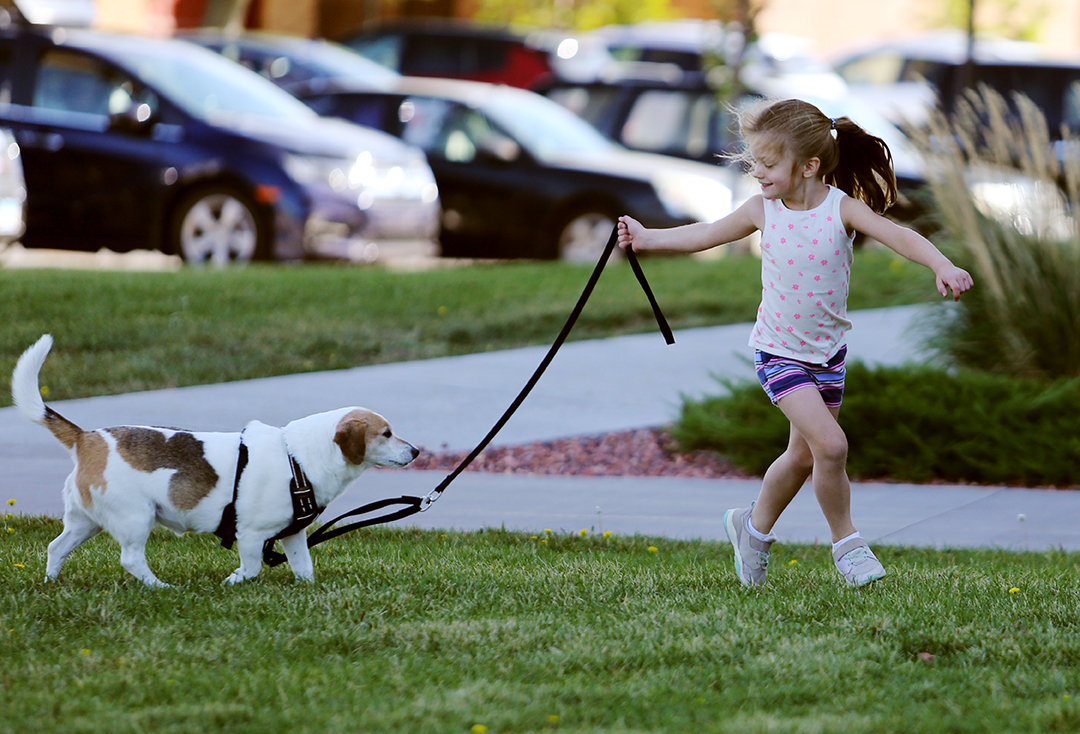 Saoirse Hall, 4, plays with her family dog, Legal, before participating in the annual Casper College Dog Trek on Saturday morning. According to Saoirse’s dad, Doug, Legal is a beagle and the rhyme stuck. Plus his wife is a lawyer, he said. (Dan Cepeda, Oil City)

Roughly 80 people signed up with their pets to make the trek, which is held annually to raise money for the Casper College Veterans Club. The 1.5-mile path is stocked with treats for the intrepid pups who make the loop with their people.

The trek is traditionally held the day before the Casper College T-Bird Trek, which takes place on Sunday.