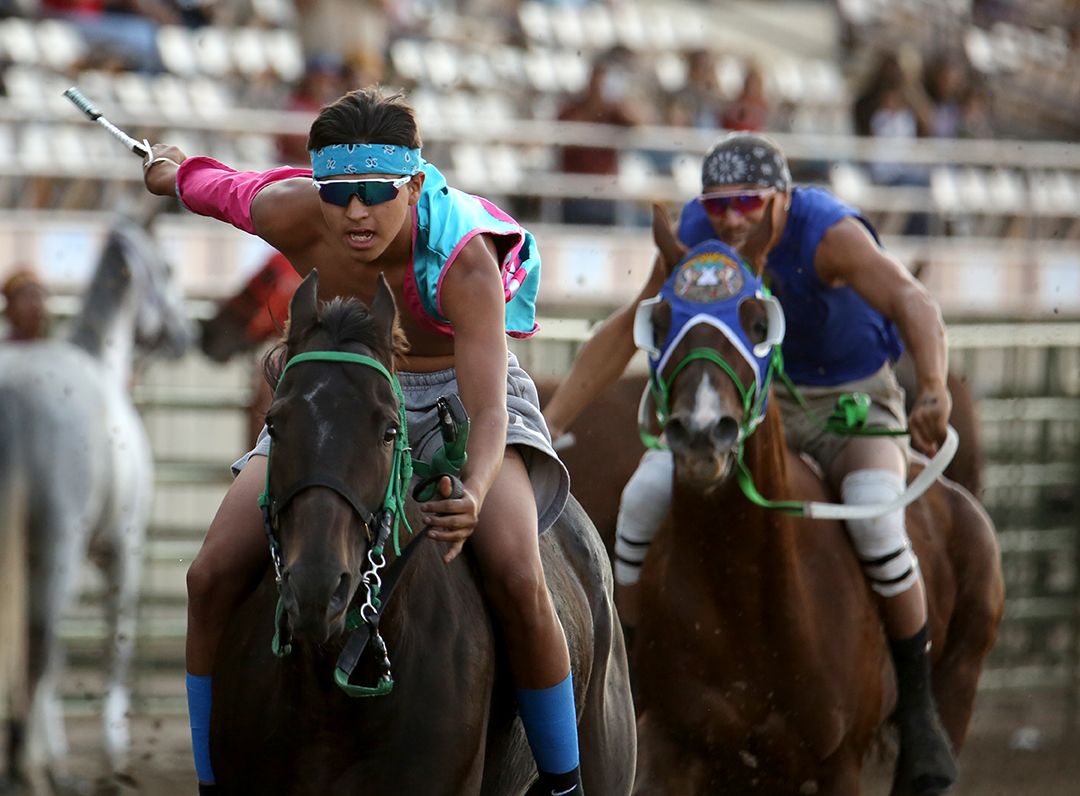 Top racers from several different nations compete in the first heat on the first performance of the Indian Relay Races at the Central Wyoming Fairgrounds on Thursday evening in Casper. The races continue through Sunday. (Dan Cepeda, Oil City)

Races bringing together seven different Native American nations from multiple American states and Canada will be competing through Sunday.

Thursday evening’s races kicked off the event, with top champions from several nations competing in the first round. Other rounds were qualifying, allowing contestants who didn’t qualify earlier to compete this weekend.

Performances start at 2 p.m. on Friday and go through the Sunday championships at the fairgrounds. More information can be found here.