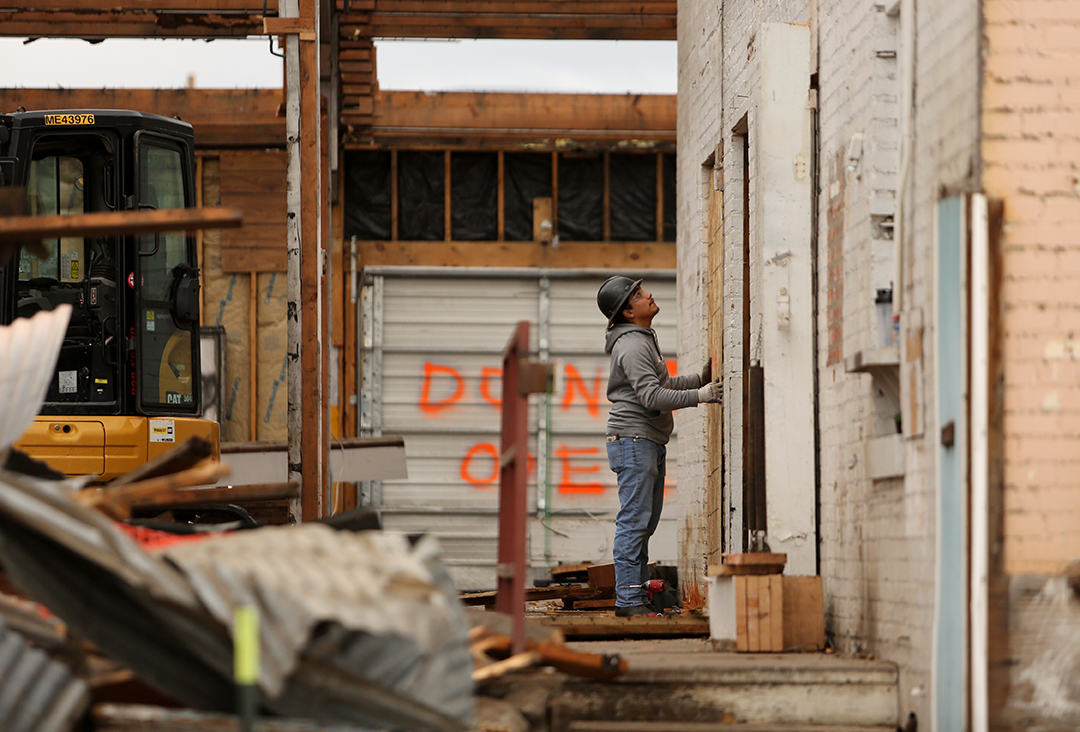 Crews secure an open area after a warehouse was partially demolished on Tuesday morning in the Old Yellowstone District. (Dan Cepeda, Oil City)

CASPER, Wyo. — A section of the Pacific Fruit & Produce Company warehouse was demolished this week in the Old Yellowstone District.

MUD is owned by Jennifer True with an ownership interest by True Land and Realty, True companies spokesperson Bill Salvin told Oil City News in January. Oil City reached out to True Companies on Tuesday for an update on the project.

In January, no plans had yet been announced for the complex of historic warehouses that date back to the early 1900s, but Salvin told Oil City the area “certainly has potential.”

A small section of the warehouse was taken down, while the larger brick portion was being boarded shut by crews on Tuesday morning. The buildings were most recently being used as storage for Magic City Stoves.

Salvin said MUD’s investment in the area was limited to the Pacific warehouse complex, but True Land and Realty own numerous properties in the area, including the historic Nolan, which is currently being redeveloped into a mixed-use project that will include a Black Tooth Brewing tap house and brewery.