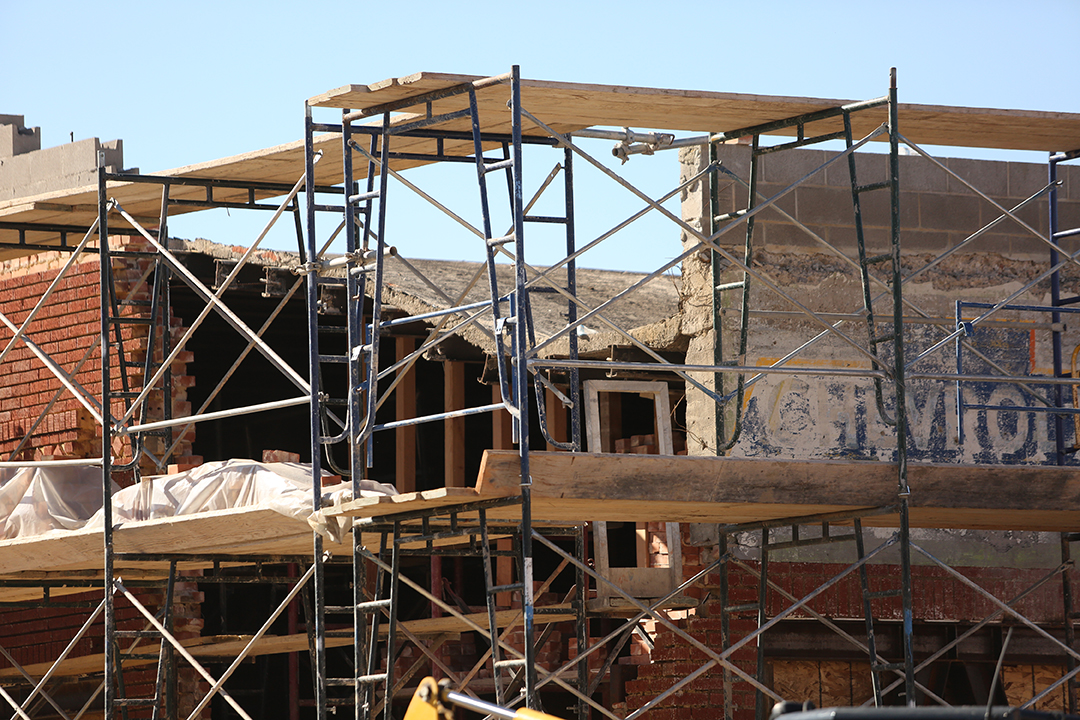 The historic brick facade of The Nolan is seen being deconstructed for resetting during the building’s conversion into a mixed-use facility in the Old Yellowstone District. (Dan Cepeda, Oil City)

CASPER, Wyo. — The original bricks of the century-old Nolan Chevrolet dealership building are being carefully removed during a reconstruction process.

“We are continuing with the planned construction and redevelopment of the Nolan,” said True Land and Realty’s Martin J. Axlund in an email.  “As previously mentioned, we are taking every precaution to protect and preserve all historical elements.”

The building was hidden for years under an expansion and façade built by Plains Furniture in the mid-1970s. It was originally built as a Chevrolet dealership and served as such until around 1970.

The building is in the process of being converted into a mixed-use retail and residential facility. Black Tooth Brewing announced earlier this year they plan on opening a satellite brewing and tap room in part of the Nolan.

In a letter sent to city staff that was read during a recent City Council meeting, Axlund said the project has been “significantly impacted by supply chain shortages and spikes in material pricing.”

“We are on track to have the brewery open in late November/early December and we are very excited about Black Tooth’s addition to our downtown,” Axlund wrote. “We are actively working to find tenants for the southern portion of the building, but as mentioned previously, the supply chain shortages are prolonging the construction process.”