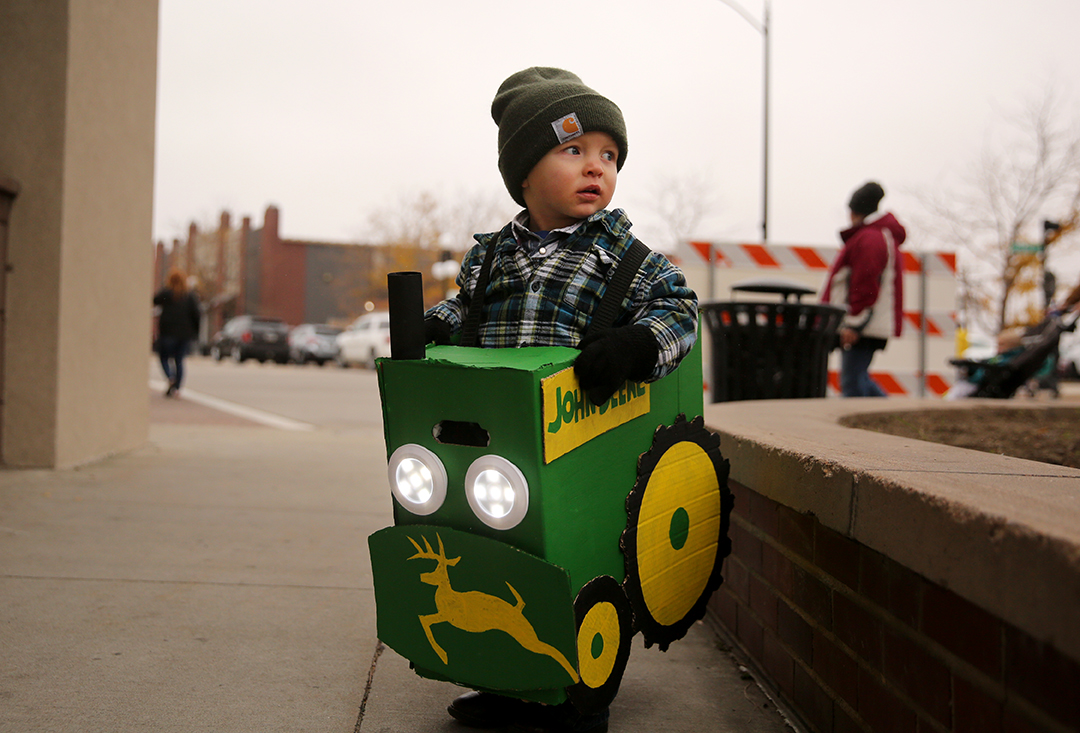 CASPER, Wyo. — Downtown Casper was crawling with monsters, zombies, princesses, superheroes and at least one tractor during the annual Downtown Trick or Treat event, as well as the Halloween Carnival at David Street Station on Saturday.

Downtown Merchants handed out candy to all the creatures as they walked by, many eventually heading to David Street Station for music, games and refreshments.

Temperatures dropped during the festivities and a bit of mist fell from the skies, but otherwise Casper provided a fair fall weather day.

The downtown events are traditionally held on the Saturday before Halloween, which this year falls tomorrow on Sunday.