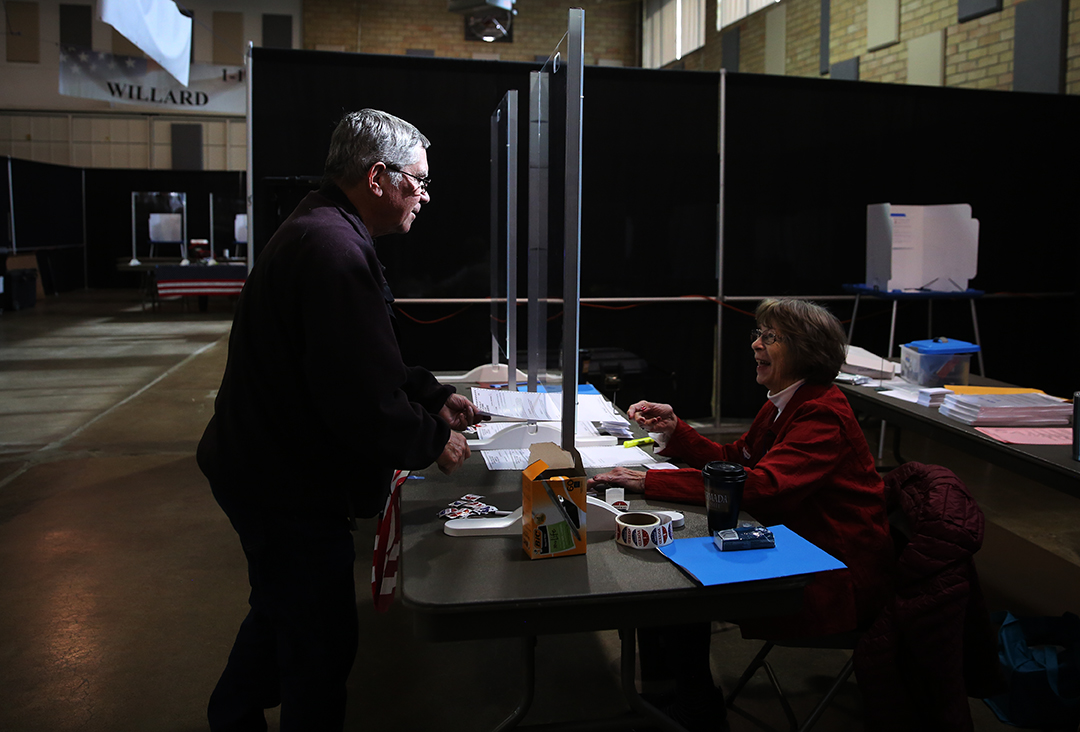 Voters prepare to cast a ballot during a special election in Natrona County on Tuesday, Nov. 2, 2021, at the Central Wyoming Fairgrounds in Casper. (Dan Cepeda, Oil City)

CASPER, Wyo. – The Natrona County polling station at the Central Wyoming Fairgrounds was slow and steady by midday during a special election on Tuesday in Casper.

The election with a yes or no ballot is for a “Sixth Cent” temporary tax to help fund two pressing infrastructure projects in the county.

It’s also the first election to take place in Wyoming since the state passed new laws requiring voters to present valid legal identification at the polls.

“We’ve had several people show up without IDs but it hasn’t been a huge problem,” said election manager Ken Shambaugh. “It’s still early enough in the day that they an come back with their IDs.”

Shambaugh said there is also the option of a provisional ballot that people can fill out, in which case they have until 5 p.m. on Wednesday to show their ID at the courthouse to validate the ballot.

As of 12:30 p.m. roughly 670 people had cast ballots at the station, said Natrona County IT director Eileen Hill.

Frank Minotti and his wife, Susan, said their experience with the new rules after voting on the tax was positive.

Polls in Natrona County will remain open until 7 p.m. on Tuesday.