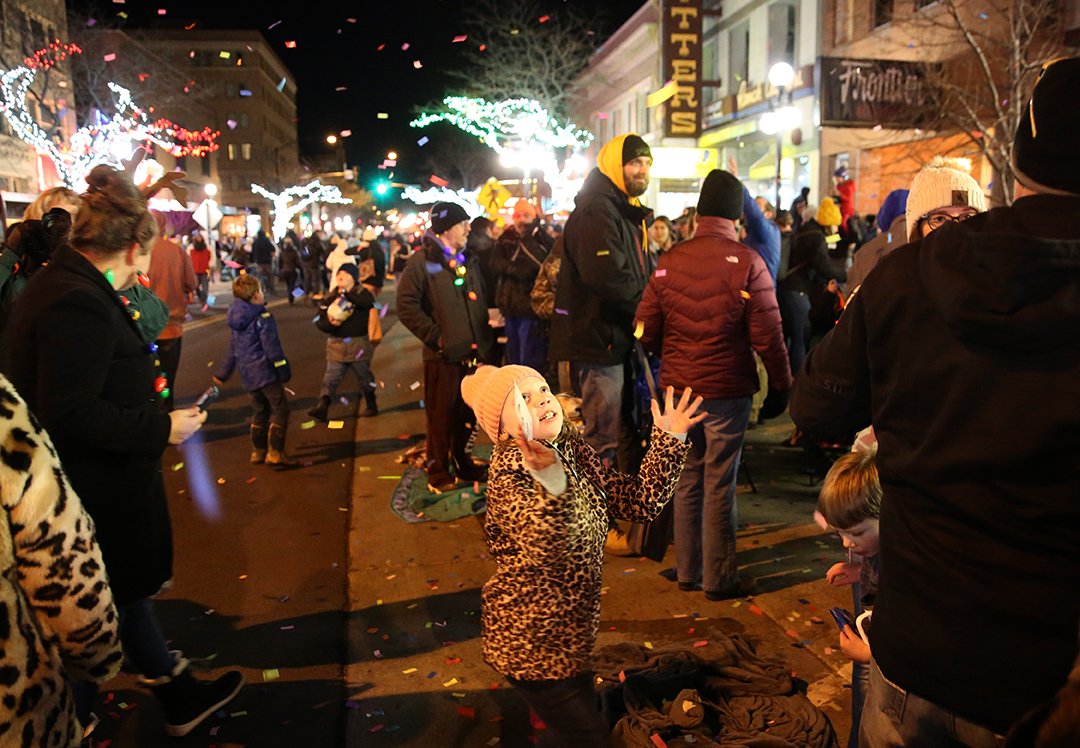 Children gather confetti after a confetti canon was set off at the end of the annual Downtown Christmas Parade in Casper on Saturday, Nov. 28, 2021. (Dan Cepeda, Oil City)

Saturday’s weather almost stole the show with unusually mild temperatures and almost no wind or breeze.

The ceremony and parade are organized independently, but have traditionally taken place on the same evening since the Community Christmas Tree started a few years back.

This year’s parade was organized for the first time by the Casper Area Chamber of Commerce, which concentrated the route to downtown’s core and added VIP sections and Rodeo Rick as announcer.

Some 43 floats were entered this year, according to parade producer and Chamber of Commerce board member Gena Jensen.

“With the Chamber of Commerce taking over, we’re able to do a little bit more and get the community more involved,” she said last week. “We’re hoping to promote businesses and bring the community together.”

This year’s community-chosen theme — “Christmas at the Movies” — brought floats that paid homage to such classics as “National Lampoon’s Christmas Vacation,” “Christmas Story,” “Elf,” and “Nightmare Before Christmas.”