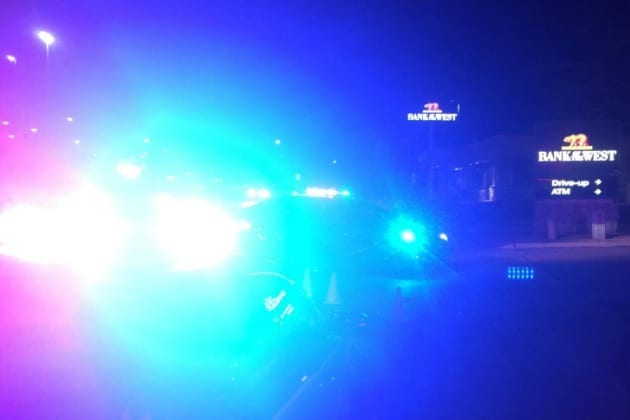 Casper Police Officials have confirmed that there are no charges pending, at this time, in a case where a man exited a moving vehicle near the Bank of the West branch on Southeast Wyoming Boulevard and Gannett Street in East Casper.

Police got the call just after 6:00 pm last night.  According to CPD Sergeant Mike Ogden, the driver of the vehicle did not stop after the man exited the vehicle.  Officers declined to release any names in the case.

The driver, identified as a female, was located after the incident, but will not face charges.

The man who bailed out of the car suffered non-life-threatening injuries. Ogden saying that the man broke no bones, but did suffer from some abrasions.

Police say that the two individuals had recently left a nearby hotel, before the man had bailed out.

Alcohol is believed to have been a factor in the case.