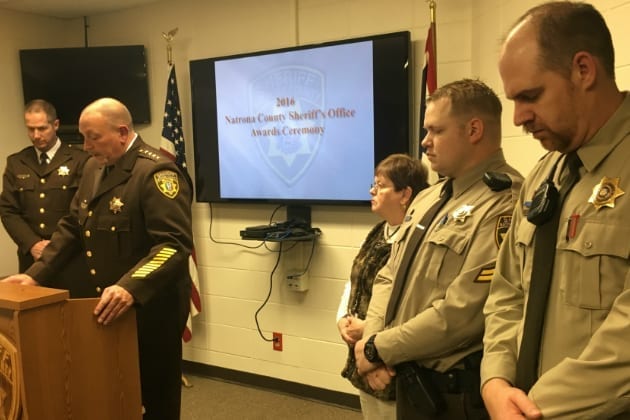 Sheriff’s Office staff, civilians, and media gathered in a crowded meeting room on the second floor of Casper’s Hall of Justice, to witness Natrona County Sheriff Gus Holbrook handing out awards in a variety of categories, for meritorious service in 2016.

Civilian Employee of the Year Award

Detention Officer of the Year

Peace Officer of the Year Award

Oil City offers its sincerest congratulations to the citizens and Sheriff’s Office employees who were honored today, as well as the other members of the civilian and law enforcement communities who go above and beyond the call of duty to help their neighbors and communities.