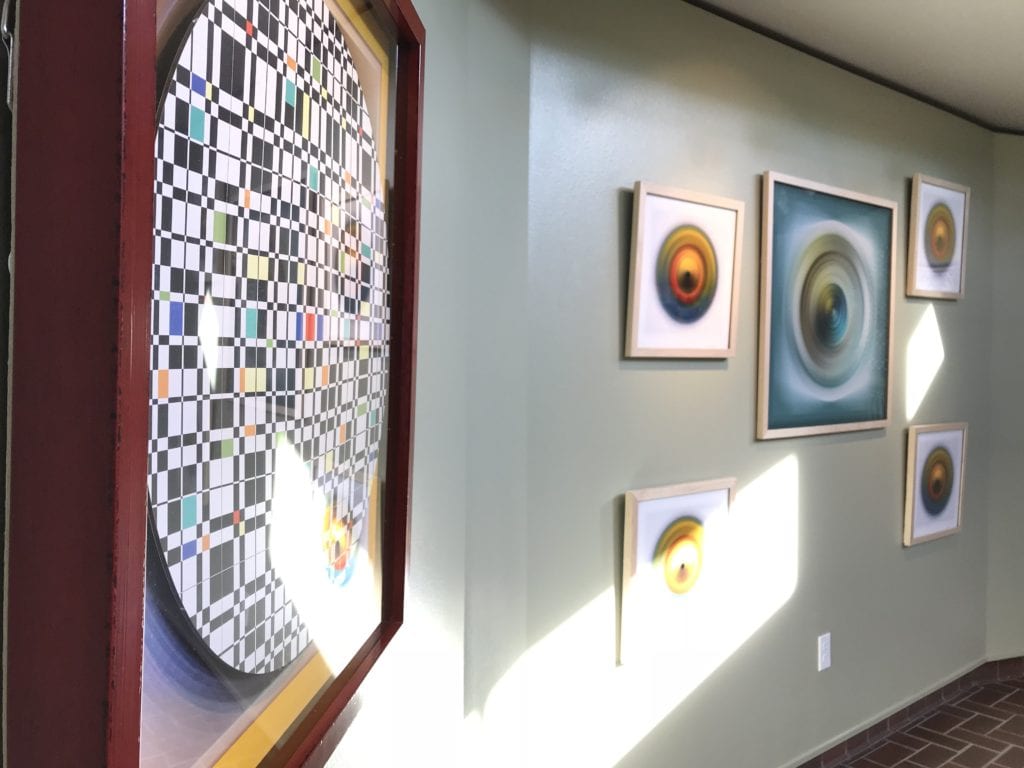 Two new art exhibits are on display at Casper College ahead of the upcoming “Around the World” humanities festival.

Gallery director Valerie Innella Maiers said that Bogucki’s “Three Continents” in particular was chosen to accompany the 34th Annual Casper College Humanities Festival. “Around the World” will feature activities and lectures from Feb. 20-22 at Casper College.

The Bogucki exhibit shows a kind of biographical journey of his life, featuring photos he took while travelling the world on assignment for National Geographic, according to Maiers. The gallery director explained that Bogucki grew up in Poland and has visited every continent, including Antarctica.

“He has such a huge body of work,” Maiers said.

She and Bogucki worked together to select which of his photographs to display. The exhibit begins with photos taken in Poland where the artist grew up, then shows works from South America and finishes with a selection of images captured in Casper.

“[Bogucki] lives in Casper now and has been a resident for many years,” Maiers said. “South America is very close to his heart because he spent many years there and his wife is from Peru.”

Maiers said that this exhibit was a good fit to showcase alongside the humanities festival which aims to get students and the community thinking about the world around them.

“Living in Wyoming can be isolating because we have a collection of small communities,” Maiers said. “So this is an opportunity to come engage with the larger world.”

The other art exhibit up at Casper College also aims to get people thinking, but in its case more about the crossroads of art and math. David Von Metz’s “The Sum of All Parts” features optically energizing artworks for gallery goers to peruse.

“His prints are engaging in the way that he presents line and color and geometric shapes,” Maiers said.

Von Metz lives in Rock Springs and teaches classes at Western Wyoming Community College. He received his Bachelor’s in Ceramic Science from Pennsylvania State University and his Master’s in Mathematics from Oregon State.

“My visual vocabulary relies on my mathematics background,” reads his artist introduction in the exhibit. “Many of my artworks are created by repetition and iteration of primitive elements. These are fundamental processes in some areas of mathematics.”

Oil City’s previous announcement of the “Sum of All Parts” exhibit can be seen here.

Maiers explained that both artists are scheduled to give talks on their respective work. Bogucki’s talk will be at noon on Friday, Feb. 22 in the Mildred Zahradnicek Gallery in the music building. Von Metz’s artist lecture will be given at noon on Monday, Feb. 25 in room 102 of the Goodstein Visual Arts Center. Both buildings are located on the corner of the Casper College campus across from the new YMCA.

Maiers wants the public to know that there are other things happening surrounding the upcoming humanities festival. The Natrona County Public Library will be hosting a book discussion at 5 p.m. Tuesday, Feb. 12. Dr. Joseph Campbell, an English professor at Casper College, will be facilitating a discussion of Ryunosuke Akutagawa’s short story “In a Grove”, the story of a murder of a samurai told from seven different accounts. Casper College actors will also perform scenes from the story during the discussion. Dr. William Conte is directing that performance.

More information about the upcoming “Around the World” humanities festival is available at the Casper College website.