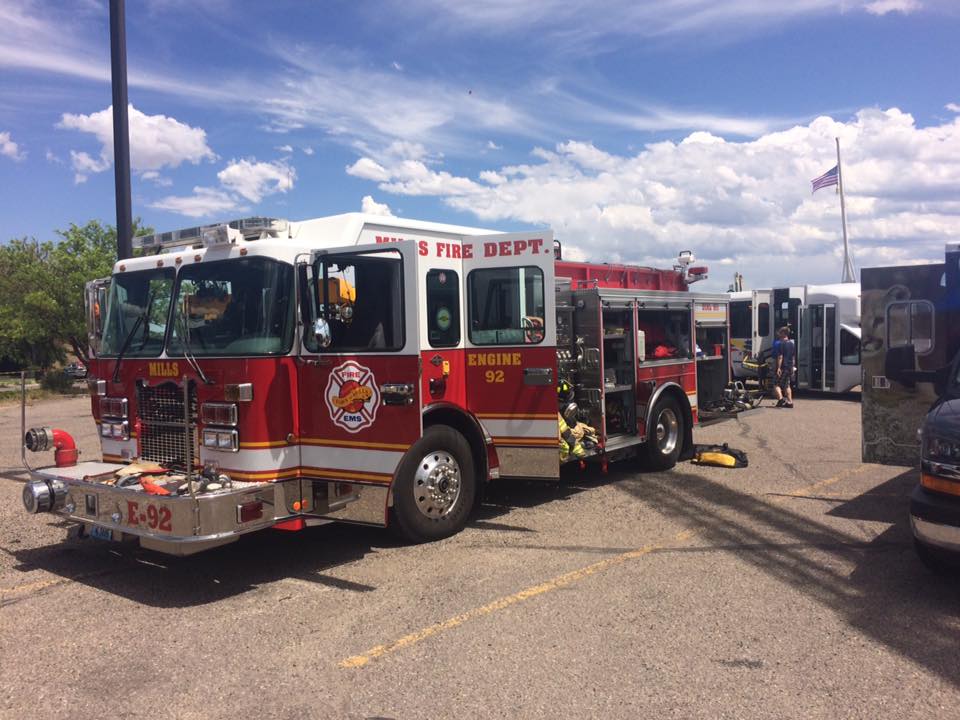 CASPER, Wyo. — The Town of Mills issued a press release on Friday, May 3, signed by Mayor Seth Coleman, which speaks to negotiations between the Town of Mills and the Mills Professional Fire Fighters since 2017.

The release states that while in negotiations with the firefighters’ union in 2017, Mills asked that staff be reduced to two per shift, but says that the firefighters refused this request, saying that four were needed.

The May 3 press release comes following a decision by the Town of Mills to cut the Fire Department in an effort to reduce the budget.

An April 25 press release issued by the Town of Mills said that Mills will contract with outside agencies after June 30 to provide daily fire and emergency services.

That will affect the nine firefighters employed by the Town of Mills, though Mills Mayor Seth Coleman said Mills plans to retain a fire administrator to conduct services such as investigations.

The latest press release is included as follows, unredacted:

During the negotiations between the Town of Mills and the Mills Firefighter Union in 2017, the Town asked if the Union would accept a reduction in staff to 2 per shift. The Union would not and relayed to the Town that they actually needed 4 personnel per shift for safety reasons. They agreed to stay at three personnel per shift if the Town would provide incentive pay to EMT’s and paramedics to keep personnel longer, making them more experienced and therefore safer.

During the 2019 negotiations, the Town asked the Firefighters Union to take on other safety related tasks for the Town, and to switch from a 48 hour shift to a 12 hour shift to accomplish this. The Town knew this would not solve the budget issue, but it would help in the Town’s view. The hope was that, while the budget issue would not be cured, it would be partially addressed, and the Town and the Union could mover forward and continue to work on the budget issue. The Town was told by the Firefighters Union that this change would be detrimental to the mental health of the firefighters. The Town felt it inappropriate to ask Firefighters to work in conditions they did not feel safe or in which their mental health would be affected. This still left the Town with a budget issue to address and regretfully neither party had any solutions to it.

The Town is forced by this to look outside to provide Fire and emergency medical service to our population. Neither the Town nor the Union had solutions which they were able to arrive at while negotiations were ongoing. This unfortunately led to these efforts being unsuccessfully concluded, but the financial situation was not capable of being solved.