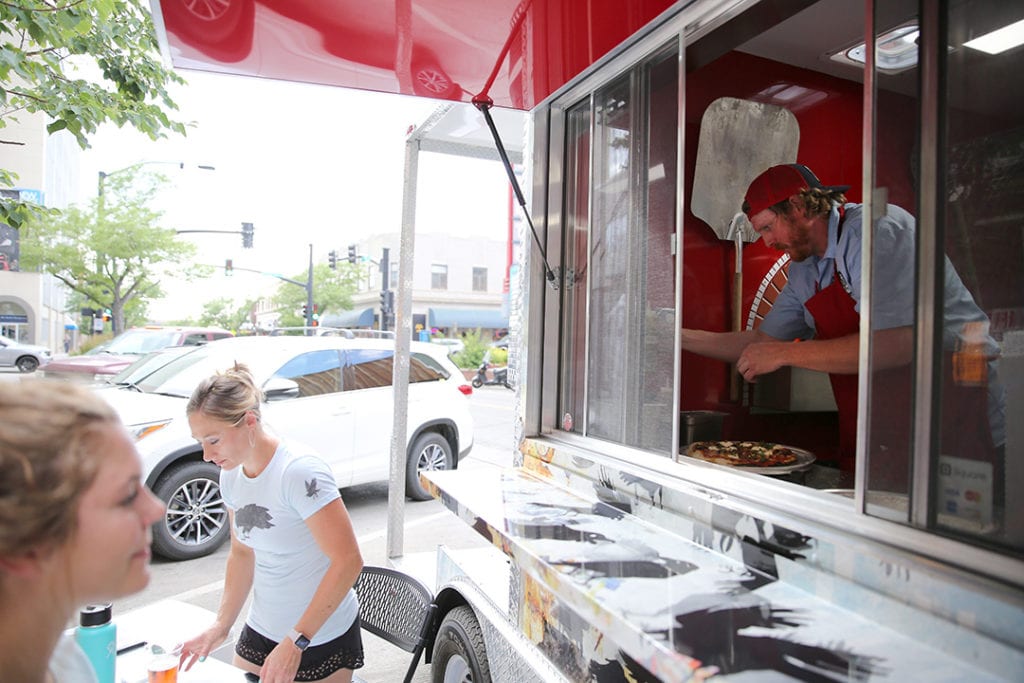 CASPER, Wyo. — The Casper City Council passed on first reading an amendment to the International Fire Code of the Casper Municipal Code that would require some mobile food vendors not operating out of food trucks to comply with fire safety requirements.

Council voted on the amendment during their Tuesday, May 7 meeting.

Councilman Steve Freel asked that Council table the first reading due to some concern that the regulations would be too strict.

“I would ask that we table this and go back and have a discussion on both sides,” he said.

Councilman Mike Huber said he’d rather move forward on the vote since there would still two more public readings on the changes before it would become official.

The amendment would apply to “mobile food preparation vehicles, food stands, push carts or trailers that are equipped with appliances that produce smoke or grease-laden vapors.”

Lefty’s BBQ and Catering owner Dave Hinton asked the Council whether the regulations would apply to open air food vendors.

He received a reply after the Council asked fire chiefs in attendance whether it would apply to open air units. Council said it would not apply to these vendors.

Casper citizen Pat Sweeney said he thought the Council needed to make sure they were carefully considering the definitions of the kinds of mobile vending units it would apply to.

“Perhaps this needs to go back to the drawing board before you approve this tonight,” he said, urging them caution so as not to negatively impact existing food vendors.

Sweeney also asked the Council to consider to what degree food trucks actually pose a risk before adopting the changes.

Freel said that he agreed with Sweeney’s comments.

Under the proposed changes, mobile vendors would be required to comply with a section of the fire code that has the “purpose of prescribing regulations governing conditions hazardous to life and property from fire or explosion.”

The code currently only applies to vehicles, excluding some non-motorized mobile food vendor equipment. The amendment would extend the regulations to these non-motorized vendors and they may be required to install oven hoods or fire suppression systems should the fire department deem that necessary under the amended code.

Wyo Philly Wagon and Caputa’s Catering owner Rob Caputa said on Tuesday that he thought the additional regulations could prevent young people from getting into the mobile food vending business.

He said that would be due to the cost of installing things like oven hoods and fire suppression systems.

“I’m just worried about the future of food trucks, about the young guy who starts with a little barbecue stand and wants to work his way up to owning a food truck,” Caputa said.

He added that he thinks too many regulations and associated costs could prevent that from happening.

“It’s a craft,” Caputa said. “It’s an art work and you know, they squish that. They stifle it.”

Council would need to pass the proposed amendment on two further readings before the changes would become official.