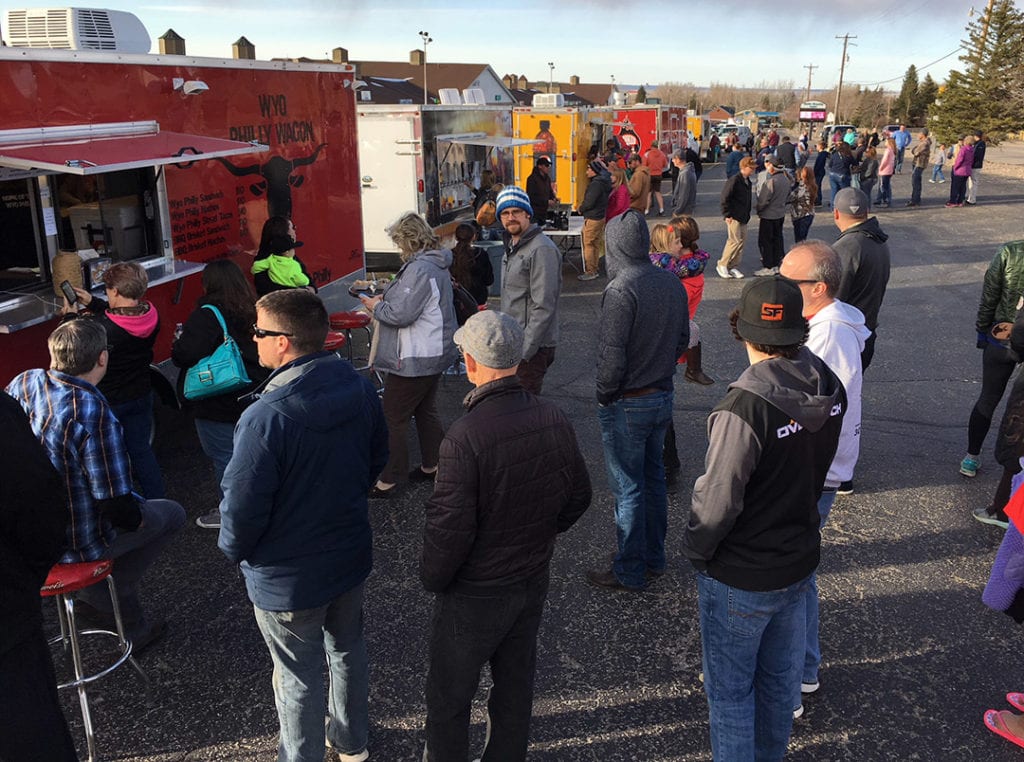 CASPER, Wyo. — The Casper City Council discussed an amendment to the Municipal Code that would extend some fire safety regulations to mobile food vendors operating out of trailers during their Tuesday, May 14 work session.

The amendment would mean that each mobile food vendor, whether it is in a trailer or a vehicle, would be subject to the same fire code regulations. Mobile vendors that operate in non-enclosed cooking spaces would not be affected by the code.

Council passed the amendment on first reading during their May 7 meeting, but discussed the issue after Councilman Steve Freel asked during that meeting that time during the work session be spent discussing it.

Some of the Council members expressed support during the work session for the amendment, saying that it would provide consistency to the City’s fire code regulations.

However, Councilman Bob Hopkins expressed some hesitation, saying that certain ovens have been built specifically to rely on safety measures that would be an exception to the requirements the fire department wants them to adopt.

“The use of hoods is different depending on what is being cooked inside,” he said. “Some of these pizza ovens are designed not to have a hood.”

“Aren’t they manufactured according to a fire code already?” he said.

“I think we need to be a little careful how we do this.”

Hopkins, Freel and Councilwoman Khyrstyn Lutz said that they’d like to reach out to other communities in or out of state to see how they oversee various mobile food vendors.

Much of the discussion centered around a discussion between the City and Blackbird Wood Fired Pizza and Provisions owner Josh Barhaug. Barhaug has said that the new amendment could prevent him from operating in Casper because it would require him to install a Type 1 hood system which he says is unnecessary and potentially dangerous given the wood fired oven installed in the Blackbird trailer.

Councilman Mike Huber said that he thought safety was a serious concern with mobile food vendors and thought the Council should move ahead with the amendment.

Another question from Councilman Chris Walsh came up as to whether mobile food vendors had appeal options should they be refused a permit.

Contradictory answers were given. City Attorney John Henley said that no appeals process was in place, outside of vendors’ right to petition the Council to make ordinance changes.

Ryan Neff of the Casper Fire-EMS Department said that vendors have the opportunity to appeal any inspection decisions to the International Code Council, who oversee International Fire Code regulations.

Casper Mayor Charlie Powell initially said that the discussion surrounding Blackbird was separate from the amendment the Council was discussing.

“At the end of the day, we just need to know whether or not Council is comfortable with the safety regulations,” he said.

However, Lutz pointed out that the proposed amendment would directly apply to Blackbird since Barhaug operates his kitchen out of a trailer.

Powell acknowledged Lutz’s point: “He was exempt from this before because he was a trailer,” he said.

Freel said that on the one hand, he was in support of consistency, but said he thought there should be some other considerations.

“I think that we should be consistent across the board,” he said. “There’s got to be some sort of a test to be able to say when there are too many grease laden vapors.”

City Manager Carter Napier said that his understanding of food trucks had changed over time.

“Some of these food trucks can be quite elaborate,” Napier said. “I had no idea before we got into this that that would be the case.”

He added that his question at this point is whether these elaborate mobile food vendors should be treated like commercial kitchens.

Casper Fire-EMS Chief Thomas Solberg said that one problem with allowing exceptions for specialized ovens during the permitting process would be that the inspectors had no way to guarantee what the ovens would be used for once the vendor received permitting.

While an oven may not need the Type 1 hood if it were cooking one item, Solberg said that cooking other items in the oven might cause higher amounts of “grease laden vapors,” which the hoods are meant to safely divert.

Neff added that even restaurants which remodel may be required to implement further fire safety measures. He explained that restaurants and mobile food vendors are dealt with differently when it comes to fire code regulations due to the fact that mobile vendors have to obtain annual permitting, but restaurants are only required to make adjustments to meet the code if things like remodeling or ownership transfers occur.

Freel said that he thought the Council should at least look into the issue further.

“I’m all about safety,” he said, adding, “I’m tired of seeing businesses leave.”

Hopkins said that he may offer an amendment during the second reading of the amendment, which is scheduled for Council’s May 21 meeting.