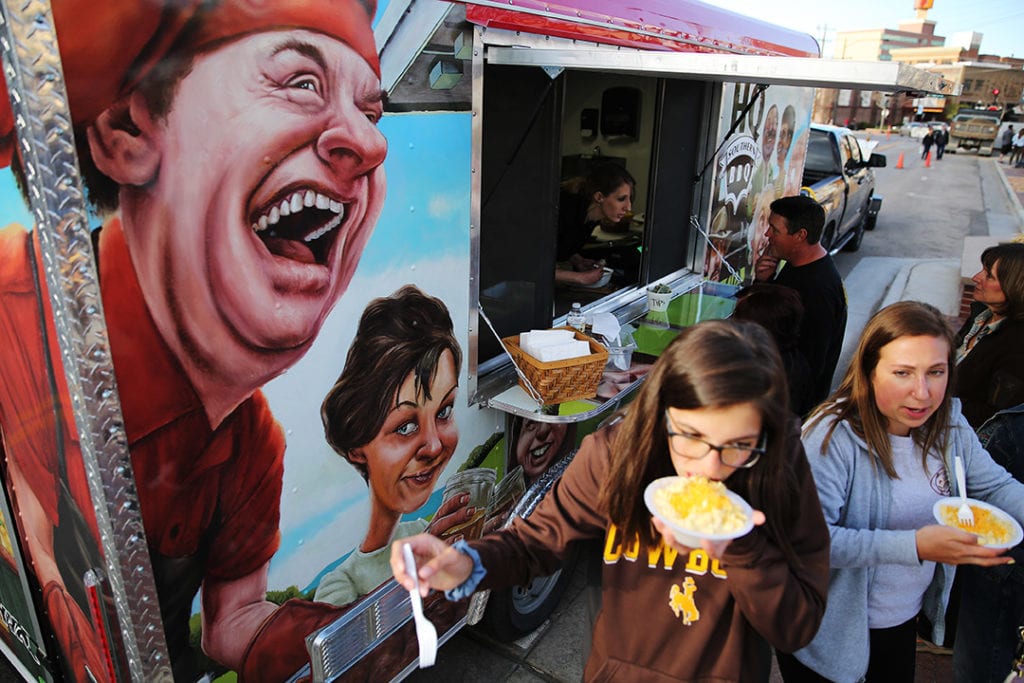 CASPER, Wyo. — The Casper City Council said on Tuesday, May 21 that they’re prepared to open up various Casper parks and other locations for food trucks to park and serve customers.

The discussion took place ahead of Tuesday’s Council meeting and a parking lot at the corner of David Street and Midwest Avenue was mentioned as a possible location for the food trucks.

“To me, the automatic place would be the Goodstein lots downtown,” City Manager Carter Napier said, but added that the city leases that property from the state, so there could potentially be problems if the nature of that lease changes.

He also suggested other locations in Casper such as space at City Park, Washington Park or the Mike Lansing Field Parking Lot.

He pointed to a “lack of concession opportunities” at Lansing Field as a reason to allow food trucks to operate there.

Councilman Ray Pacheco pointed out that other than a restricted area downtown, food trucks can operate without special parking permits anywhere in Casper.

Mayor Charlie Powell said that nevertheless, inviting food trucks to use specific spots could show the businesses they are welcome in Casper.

Councilman Chris Walsh said he was in support of the idea, but said he thought the spaces should be designated without requiring additional permitting, which he said would create unnecessary work for the City to monitor.

“First come first served,” Walsh said. “I don’t want to manage all those.”

He also said that he thought the main desire was for space to be established downtown.

Councilman Mike Huber said he was in favor of opening up most of the locations Napier suggested, with the exception of one.

Councilwoman Khrystyn Lutz urged the Council to act quickly so that food trucks can take advantage of the summer weather.

“I would just ask that it is sooner rather than later,” Lutz said.

The Council asked City Manager Carter Napier to prepare a more specific proposal for them to consider.

“I guess we could probably make some decisions next week then,” Casper Powell said at the end of the discussion.

Food truck owners expressed their interest in having such a location in Casper during Council’s May 7 meeting. Powell thanked Wyo Philly Wagon and Caputa’s Catering owner Rob Caputa for reminding the Council of the idea.

Caputa attended Tuesday’s meeting and said he thought Council was contemplating good ideas. He emphasized that food truck owners would particularly like to have space to operate more freely downtown.

Caputa previously told the Council that he thought Windy City Wednesdays at Sunrise Shopping Center last summer averaged about 2,000 people. He said he thought a space for a similar gathering of food trucks would be good for business in Casper.

Lefty’s BBQ and Catering owner Dave Hinton said on May 7 that he is able to operate in Casper by obtaining permits for special events. He said having a space to operate such events would give him a chance to do more business.