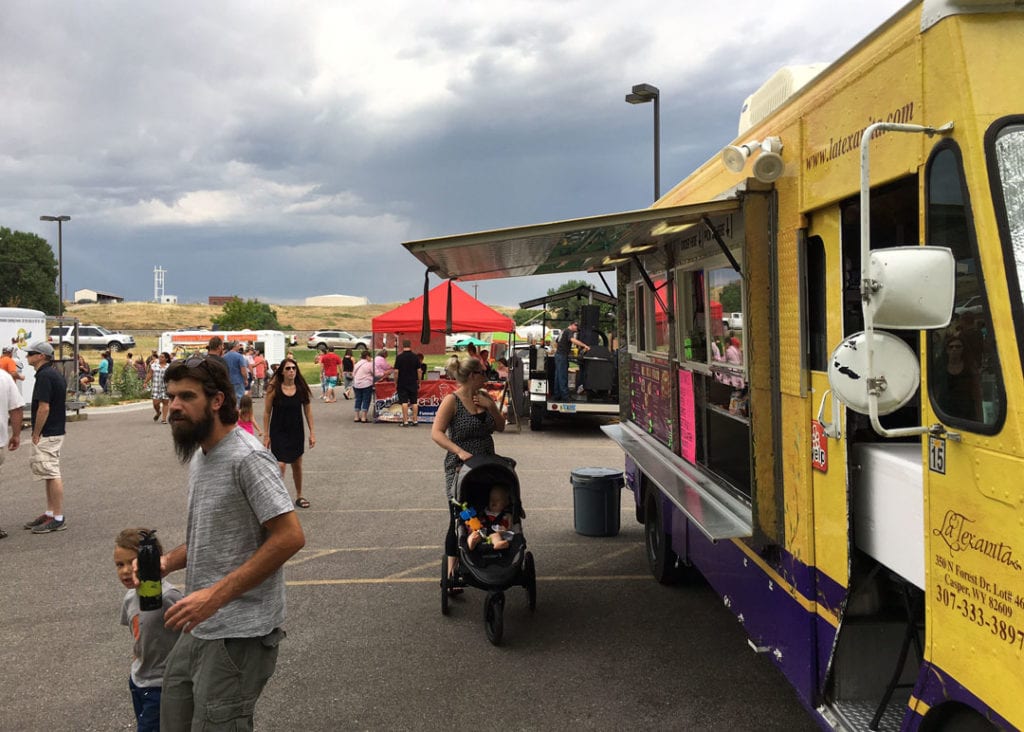 CASPER, Wyo. — Mobile food vendors or those who obtain permits to allow food trucks to reserve parking space could soon be able to give the public earlier notice that a spot has been reserved.

Under the current regulations, notices pertaining to such reserved spaces can only be posted two hours ahead of the scheduled reservation time.

The Casper City Council voted on second reading Tuesday, May 21 to move ahead with an amendment to the Mobile Vendor Parking Permit ordinance. That amendment would allow notices to be posted at a time approved by the City Manager’s office.

Because of the requirement allowing signage to inform the public only two hours ahead of time, and because there is no time limit for downtown parking on weekends, a Frontier Brewing Company and Taproom letter to the Council says that they’ve had some difficulties ensuring space they have reserved for Mobile Vendor Parking Permit use is open on Saturdays.

“The ordinance allows us to put our signs out on Saturdays starting at 11 a.m. for the 1 p.m. parking space closures,” the letter reads. “Typically, there are cars already parked in the permitted spaces when we place these signs.”

“Since the passage of the MVPP (Mobile Vendor Parking Permit), we have had to go door to door at downtown businesses 100 percent of the Saturdays we have requested a permit. This process usually takes significant time (sometimes up to a few hours), delaying the ability of the food trucks to pull in to the spaces we are paying for.”

“It is also a big waste of labor. We believe a change in the ordinance to allow us to have our signs up before business owners arrive for the day would be the simplest solution for all involved.”

Wyo Philly Wagon and Caputa’s Catering owner Rob Caputa said on Tuesday that he is in support of this amendment should Casper continue under the current approach to mobile food vending permitting.

“That will absolutely help us out,” he said.

However, Caputa said he’d prefer if the Council instead were to overhaul the food truck permitting approach. He said what he’d like to see is an annual permit that allows food trucks to operate between 3-10 p.m.

“It should have been a $25 a year permit to operate in the City of Casper per year,” he said, though he later added that even a $100 per year permit price could work and would be preferable to having to obtain the $25 per parking space permits each time food trucks want to operate downtown.

Caputa said that easing regulations on when and where food trucks can operate would be good for downtown businesses.

“Three or four food trucks would drag people downtown,” he said. “I have people driving from Glenrock to get their Wyo Philly fix.”

Caputa said that while it may be hard to track, he’s confident that food trucks help bring in customers that will spend money at other businesses as well.

Council would need to pass those changes on three readings before they become official.

Shawn Houck is the owner of Oil City News and a co-owner of Frontier Brewing Company and Taproom. Houck has had no editorial input into this story.