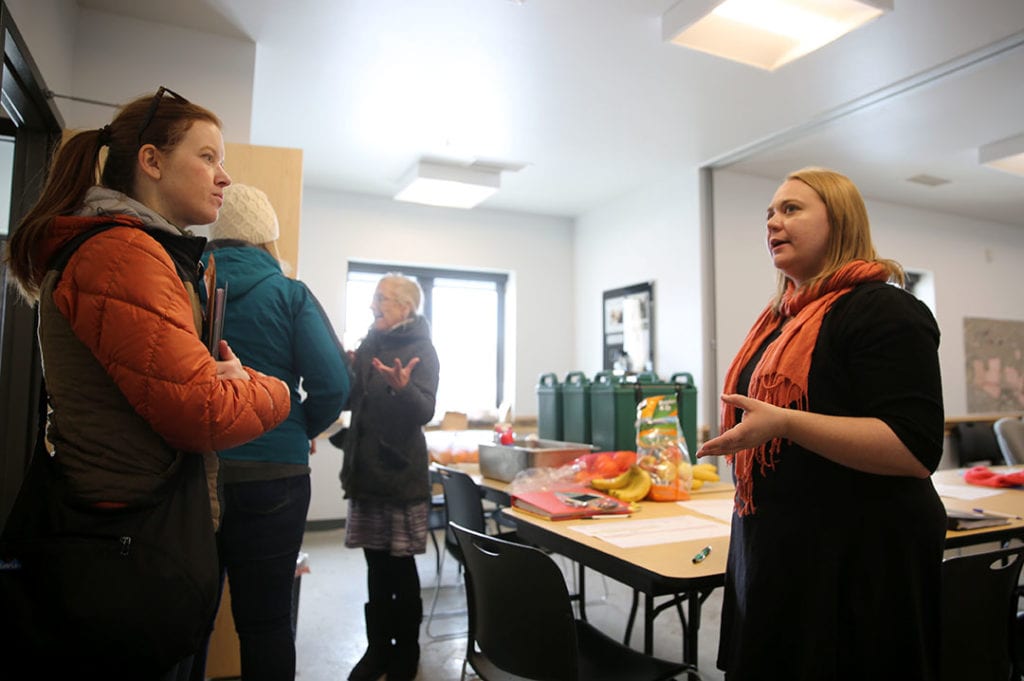 In order to move forward on their plans, the mission is asking that the City rezone the parcels as C-3 (Central Business). On Tuesday, May 21, the Casper City Council established June 18 as the public hearing for the rezone request.

“Homes for the homeless” fall under C-3 zoning regulations, according to a memo from Community Development Director Liz Becher.

“The Central Wyoming Rescue Mission is preparing for its next stage of construction on two parcels of property located directly east of their new shelter/facility at the corner of East A and North Park Streets,” Becher said in the memo.

Some citizens spoke against the mission’s proposal during an April 18 Planning and Zoning meeting.

“Two neighbors spoke in opposition to the zone change, citing concerns related to the changing demographic in the neighborhood and the resulting compatibility issues that they are experiencing with the Park Street Shelter,” Becher’s memo reads.

The parcels currently are zoned as M-1 (Limited Industrial) and C-2 (General Business). They are located at 221 and 227 North Park Street.