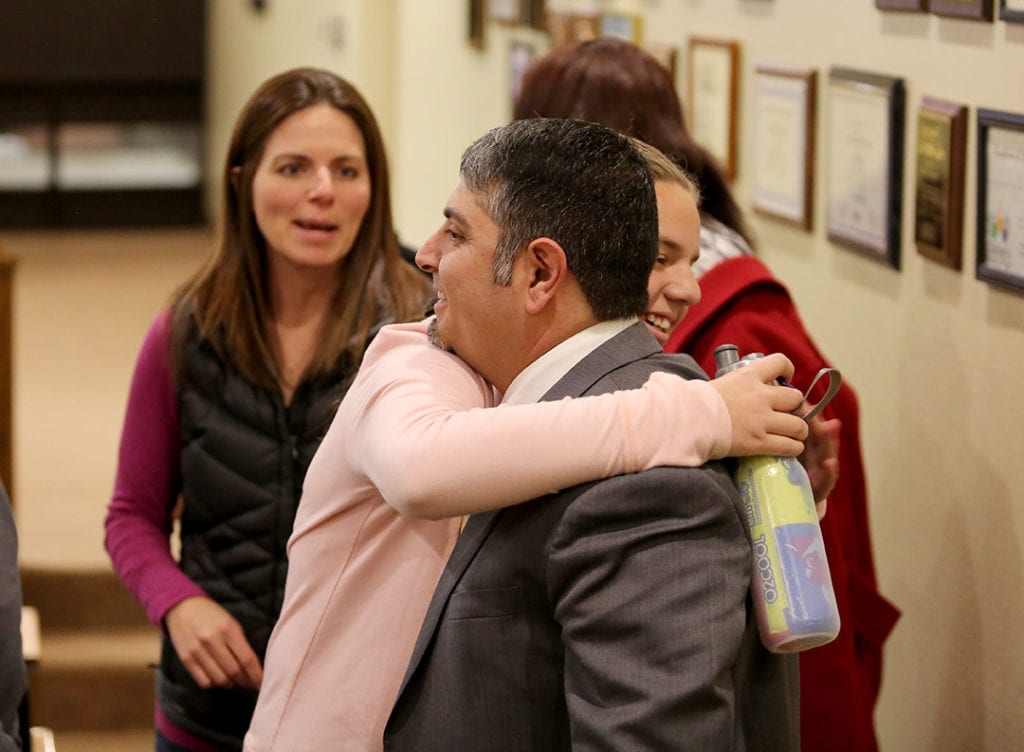 CASPER, Wyo. — City Councilman Ray Pacheco has also served Casper as vice mayor and mayor. But prior to and during his time serving the public, Pacheco says he’s spent a significant portion of his life working with and thinking about how to meet the needs of Casper’s younger generations.

Pacheco is the regional director of “Gear Up,” which offers academic support and organizes activities for community college students. He’s also worked closely with the Youth Empowerment Council, which he said is meant to ensure that Casper youth have a voice in the community.

Pacheco talked on Thursday, May 23 about ideas he has around the question of making Casper and Wyoming attractive to younger generations.

“How we get there to provide that for them is another multi-pronged issue that I’ve been working on for 20 years working with youth,” he said. “All the way from youth ministry to now, working with Gear Up, and helping organizations work with youth, you know, how we engage them.”

Phrases like “multi-pronged” and “balanced approach” come up frequently in conversations with Pacheco. For him, generating practical actions and symbolic efforts are both needed if Casper and the state are serious about finding ways to retain youth that are already here and attract those living elsewhere.

He gave recent examples of the kind of things he’s thinking about.

“If you have a population that wants to start living in the downtown area, then you’re going to see your core continue to explode because that drives the commerce down there.”

He’s hopeful that FLAG’s plans will be a move in that direction.

“I think there is some great possibility if it becomes the vision that they intend it to be,” Pacheco said.

But Pacheco also talked about the need to think symbolically, explaining that it is important for people to think about how Casper may be perceived and what types of practical efforts might encourage a positive view of the community.

He pointed to Council’s plans to designate a downtown parking lot and some Casper parks as locations for food trucks as an example. Pacheco acknowledged that in practical terms, food trucks are already able to do business at any of the locations.

However, he said that the symbolic designation of those spaces would be a gesture to the community that the Council welcomes food trucks.

But when the discussion moved to this topic, Pacheco’s “multi-pronged” thinking-style re-emerged.

“The understanding of how we attract younger people to come to Wyoming, to invest, to live and to bring their families here, is going to be beyond just the idea that we don’t offer food trucks down here,” he said.

In other words, even if the Council were truly against food trucks, a perception Pacheco and other council members have said is simply inaccurate, he thinks focusing only on this issue will not fully address the question of how to show young people that Casper is a place where they can thrive.

“I think it’s bigger than just food trucks,” he said.

Pacheco also thinks the issue is something that more than just Casper should be thinking about.

“When we work with trying to get [youth] into college and want them to stay here, a lot of times they want to go to places that are bigger or where more things are offered,” he said. “I think that we have a certain generation, you know, millennials, that are exiting Wyoming.”

“I think there are a lot of reasons that is happening, but I think a big part of it is what are the amenities that we have to offer them because I think that generation really seeks those amenities.”

Pacheco was referring to things like coffee shops, shopping malls and a vibrant downtown scene.

“I think that is an important aspect, whereas I look at my parents and for them that’s not as important. People, you know millennials and generation Z that are coming up, that’s important. They want ski areas, they want downtown areas thriving and things like that.”

“But I think also when you look at places in Colorado, we just can’t compete obviously. There’s a bigger job market down there, there’s a bigger enticement of things they like.”

Pacheco said that addressing such questions is going to be difficult for Wyoming due to a lack of economic diversity.

“It’s tough for us to compete on that level and it’s tough for us because our economy is not as diversified as it should be,” he said. “We get a really great five to ten year period and then we bust.”

While Pacheco does not shy away from the fact that Wyoming’s ability to compete with places like Colorado may be limited, he nevertheless has ideas about efforts that could be made.

He pointed to the ability for people to work remotely, mentioning that places like Oklahoma City have had some success attracting professionals to settle down there and work online.

“They’ve done some real cool business models to create that,” Pacheco said. “Those are the type of things that we can look at to entice young people to live here and work remotely.”

“I think that goes all the way to the state level, frankly. I think the state and municipalities can look at how can we invite the tech sector in, and show that you can work remotely in Wyoming.”

“We’ve really got to start thinking outside the box to do those types of things.”

Pacheco said that there are certain things Casper is already doing that would align with such an idea. He said there are education opportunities in place to give people skills to join the tech sector, adding that some of the remote working opportunities are in this field.

“I think it’s there because I know that Casper College offers computer science classes and there’s computer cyber-security, all the stuff that are really driving the worldwide economy,” he said. “So I think that we offer them that. I think there’s a start in high school where they’re starting to push those types of things.”

Pacheco said that encouraging students to think about high-paying trade careers was also important, especially because he said getting a college education may not be something younger generations value as highly as previous generations.

“I was looking at it that we’re starting to see a shift that there’s more trade jobs needed, and high-paying trade jobs,” he said. “And that includes IT-type jobs.”

“And if you look at Wyoming, Wyoming could use those trades. I think we need those trade positions here in the state of Wyoming. So what can Wyoming do to bring those and entice young people? How do we drive those young people to come here and take those trade jobs?”

Pacheco acknowledged that this is a difficult question to answer.

But he added that he doesn’t think these and other issues are going away anytime soon.

“We’re an aging population,” Pacheco said. “Our population shrunk over the last year. And our economy went up, but we’re still losing people.”

“I think it’s going to be even harder in the next 10-20 years, we’re going to be dealing with even more issues when it comes to an aging population.”

Pacheco said that one of his concerns is a cultural divide between the generations. But he also may be in a position to facilitate efforts to help people communicate across such a divide.

“Where my expertise does lie is knowing the culture of young people and knowing what that looks like,” he said. “I spend 90% of my time with youth and college-age students.”

Pacheco said he’s thinking of doing another youth town hall, something he did during his time as vice mayor and mayor.

“I did a couple town hall meetings with the Youth Empowerment Council, youth town hall meetings to kind of crack that open,” he said. “I’ve been thinking about it again. I think it’s probably a good idea to do another one and to have that conversation.”

He said he’s also thought about how to start a “Government Day.”

“Something I have wanted for the last two years, and I just didn’t have time, was to host a ‘Government Day’, to have especially high school-age students come down to City Hall,” he said.

Pacheco thinks such outreach efforts would be a good way to both ensure that youth learn about local government, but also include their voices in the community’s conversation.

He also said that he’s hopeful that a Youth Empowerment Council effort to bring an indoor skate park to Casper will move forward.

He pointed to other positives about Casper and the downtown such as a taco festival at David Street Station.

“There were so many people there, and people were having a good time, they were talking,” he said. “And I think that’s critical to our community, that there’s a sense of community.”

“My whole life here growing up, I don’t think that I’ve ever sensed that kind of a community. And I think if anything else, that’s what it has created.”