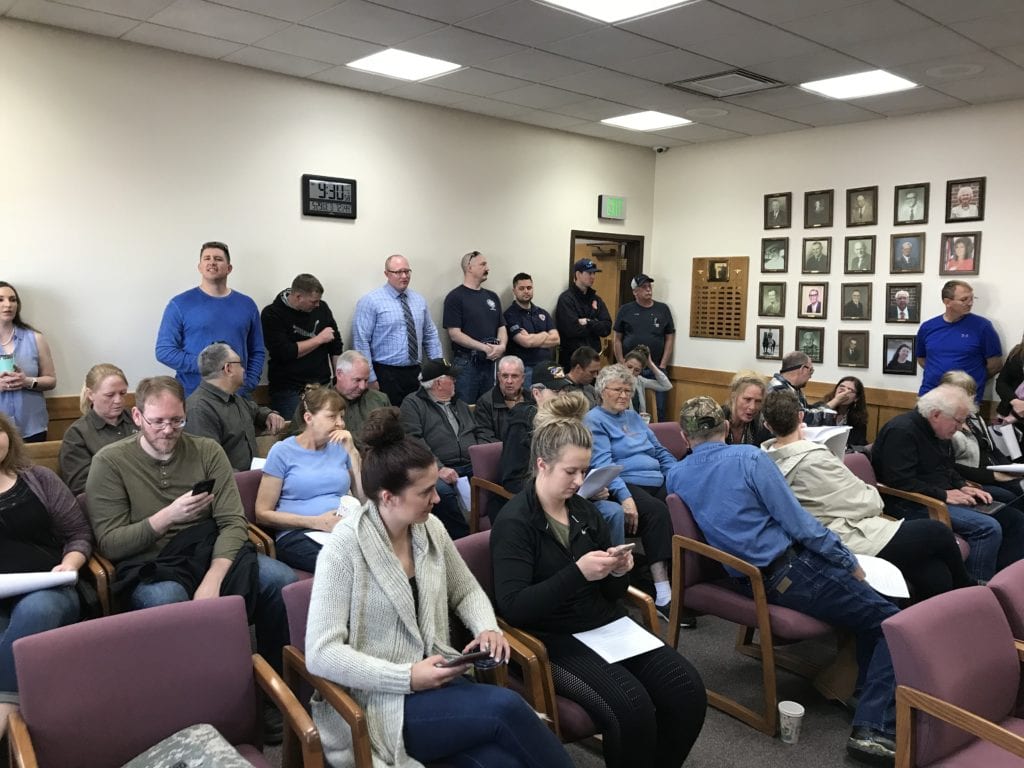 CASPER, Wyo. — The Mills Town Council is preparing to pass a resolution authorizing Mayor Seth Coleman to “contract with private entities for the provision of emergency services.”

The resolution would also authorize the mayor to contract with “other governmental, official or private bodies or entities.”

The resolution adds that ambulance services provided by the Wyoming Medical Center serves all of Natrona County. Therefore, Mills does not need to contract with the WMC or other entities for ambulance services.

The resolution also states that the mayor could enter into an agreement with WMC for use of the Mills fire station.

Furthermore, the resolution would allow the mayor to contract a “Fire Chief or administrative supervisor an/or consultant…whose role would be the administrative head of the Emergency Services.”

The Mills Town Council has decided to eliminate the fire department after June 30.

Members of the public at the meeting could also be heard asking why notice of the meeting was only given one day in advance and why it had been scheduled for 9 a.m. when many residents are scheduled to work.