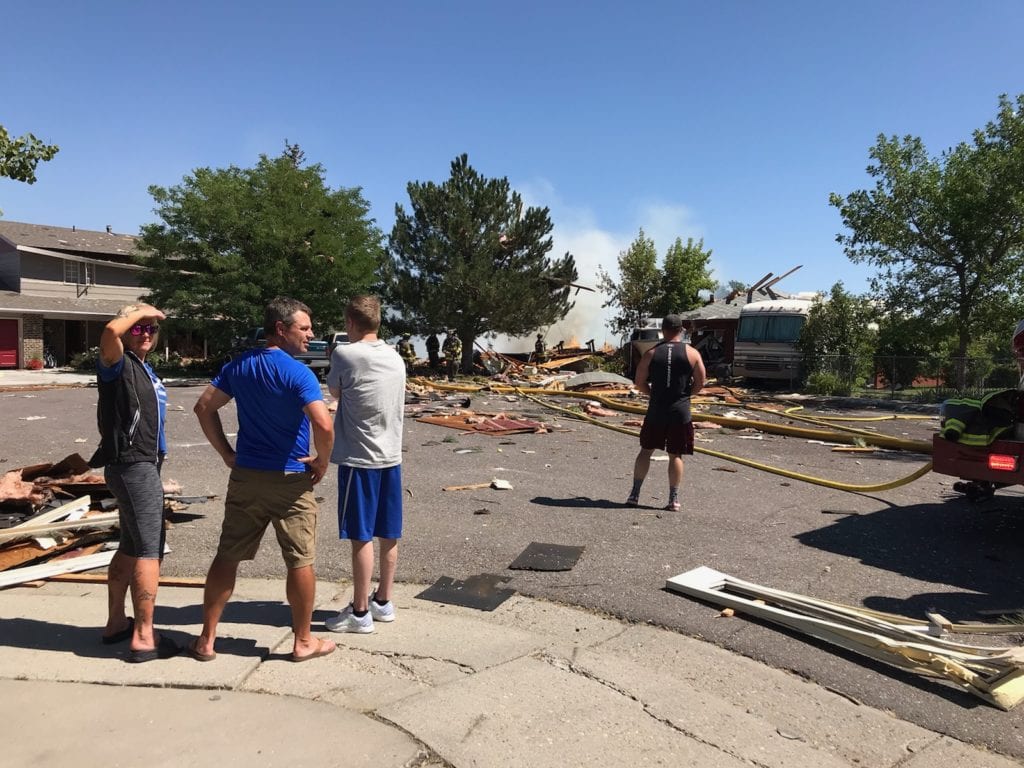 CASPER, Wyo. — Casper Fire-EMS has released a statement regarding an explosion that took place in a residence on Plateau Place in Casper, Labor Day afternoon.

At approximately 12:30 pm, Monday September 2, 2019, Casper Fire-EMS says they were dispatched to a report of an explosion in the area of West 39th Street and Arroyo.

“Multiple lines were used to bring the fire under control in approximately 45 minutes,” a Casper Fire-EMS statement said Monday Night. “Crews received reports that the occupants of the heavily damaged residence were not home at the time of the explosion. Crews were also tasked with checking and determining if there were any injuries to occupants of other homes in the area.”

There were no injured persons found associated with explosion and fire.

The reported damage is extensive to the residence as well as numerous surrounding residences. Gas and power were shut off to a number of these structures as a precaution.

A City of Casper Building Inspector was also called to determine if any structures were unsafe for occupancy. The number of unsafe, if any, is reportedly unknown at this time, according to Casper Fire-EMS

The cause of the incident is under investigation by Casper Fire-EMS and the Casper Police Department.

Personnel will be in the area throughout the night and for some time to investigate.

“Due to the size and complexities of the incident, Casper Fire-EMS was assisted by numerous agencies and mutual aid partners,” the statement went on to say. “The entire resources of CFEMS initially responded as well as Mills Fire, Casper Mountain Fire and the Wyoming Medical Center. Other agencies assisting include Casper Police, Black Hills Energy, Rocky Mountain Power, City of Casper Building Inspectors, City of Casper Waste, and City of Casper Streets. The American Red Cross was also on scene to assist.

As crews continue to work the incident and investigate, fire officials ask residents and visitors to please avoid the area, saying that heavy traffic congestion and onlookers may slow the work taking place and place area residents at additional risk.