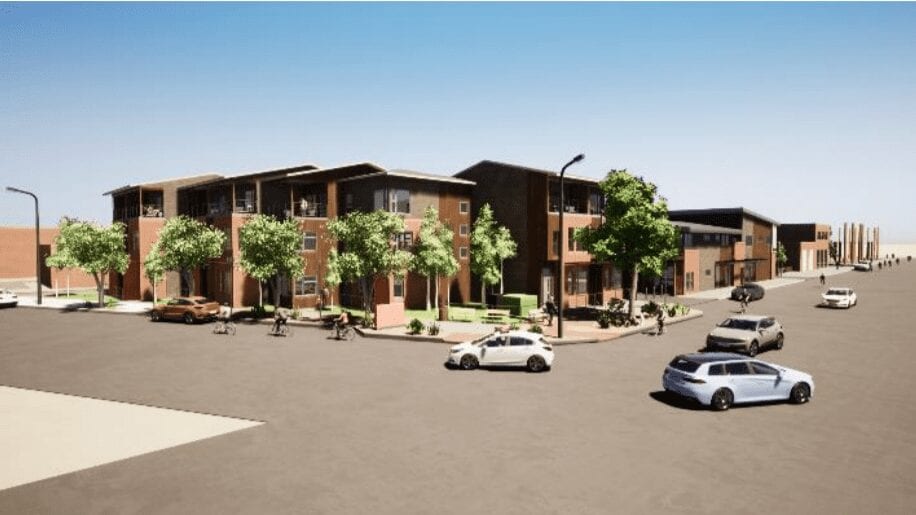 The Casper City Council voted 4-4 with one abstaining, causing a purchase agreement between the city and FLAG to fail.

“Although last night’s vote was unexpected, we will continue to work in good faith with the City and the City Council to better understand their concerns,” FLAG owners Brandon Daigle and Kevin Hawley said in a Wednesday, Oct. 16 statement. “Because we remain committed to The Nolan project, we will ask the Council to reconsider the proposal.”

“As presented last night, we estimate that the Nolan will bring in almost $450,000 per year in additional property and sales taxes downtown,” the owners said. “This additional tax revenue will make Casper’s investment in the Plains Property worthwhile.”

“We also believe that the Nolan project will spur other development in Casper’s undeveloped downtown.”

FLAG says they estimate the cost of the project at about $8 million.

They said it meets a need identified in a 2017 Generation Casper study funded by the city, calling the project “the much-needed catalyst that downtown Casper requires.”

That need was to bring market-rate housing to the downtown area.

FLAG has invested significant time and effort into the application process, submitted proposals on two rounds of requests from the city.

“The process of responding to the initial Request for Proposal (RFP) began one year ago,” they said. “We believe that the Nolan proposal met the comprehensive requirements outlined in the RFP issued by the City.”

“In addition, we have honored our obligations outlined in the signed Memorandum of Understanding. As such, FLAG Development moved forward in good faith with design contracts in place and contractors ready to begin on December 1, 2019.”

Should the council choose not to reconsider FLAG’s proposal, Hawley says they would explore other opportunities in both downtown and greater Casper.

“Some elements of this project might be incorporated but it wouldn’t just be picked up and moved wholly to another site as-is,” he said.

Oil City attempted to reach out to the Casper City Manager’s Office twice on Wednesday to ask what the city plans to do now that the sale of the former Plains Furniture and adjacent properties has failed, but received no immediate comment.