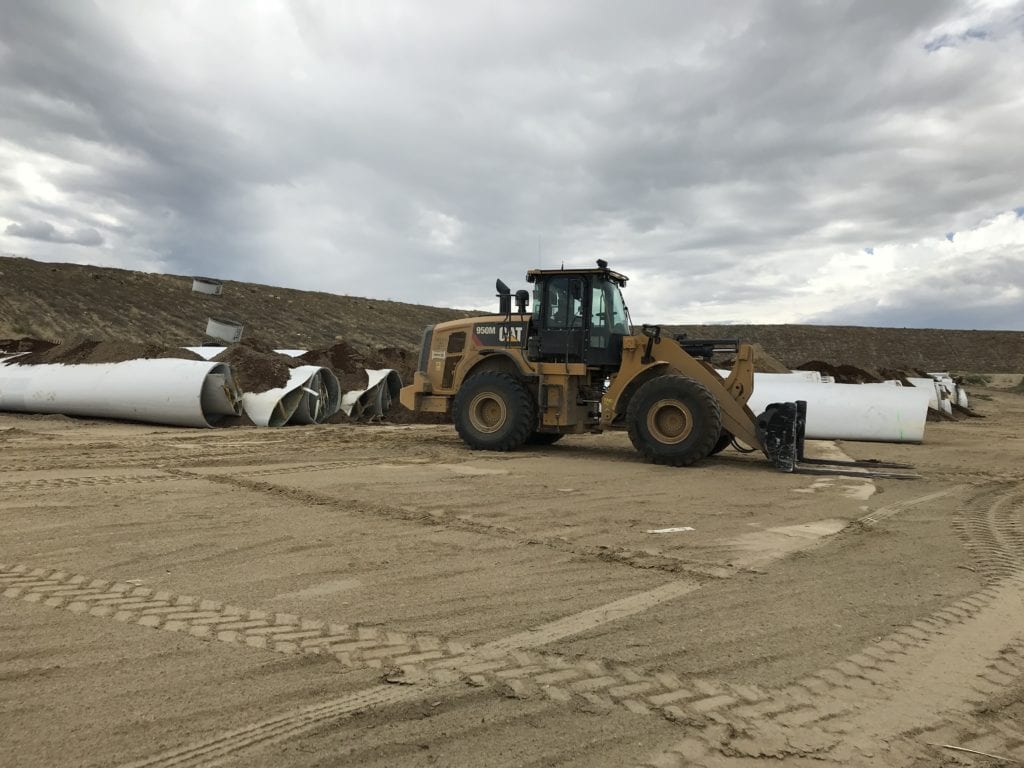 Wind turbine blades at the landfill in Casper in 2019. (Brendan LaChance, Oil City)

CASPER, Wyo. — Two Wyoming legislators from Natrona County are sponsoring a bill which would ban the disposal of wind turbine blades in Wyoming.

House Bill 217 would make it a misdemeanor to dispose of such blades in Wyoming and would impose fines of up to $1,000 for people convicted of doing so.

The House is tentatively set to consider the bill for introduction during their Thursday, Feb. 13 floor session.