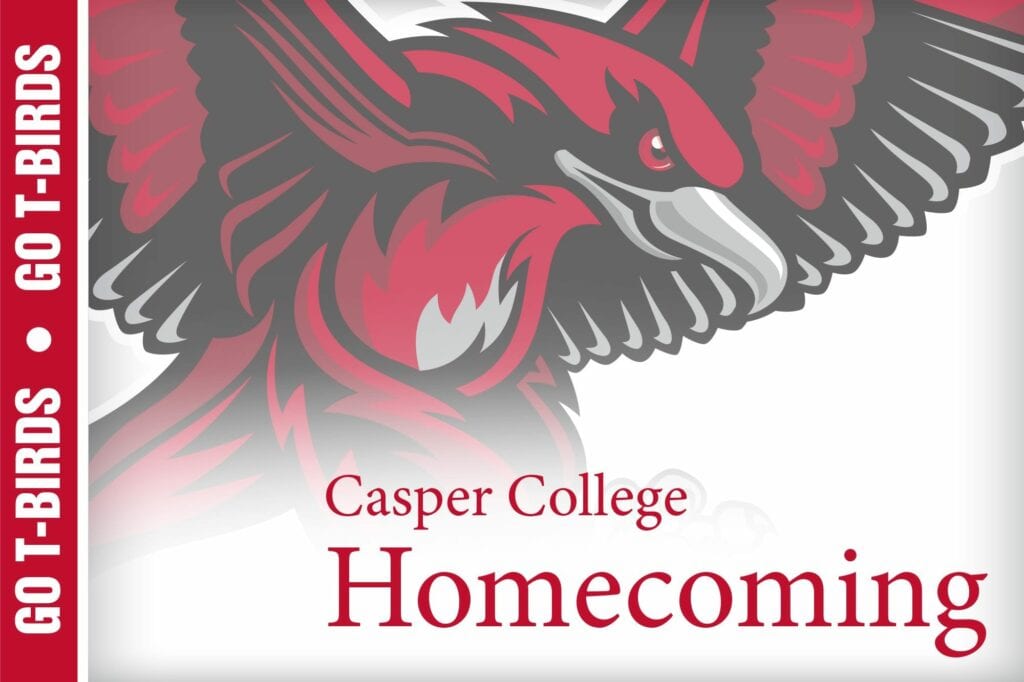 CASPER, Wyo. – This Saturday the Casper College Alumni Association will be hosting the annual homecoming festivities at the “Swede” Erickson Thunderbird Gymnasium, on the South end of the college campus.

The alumni association will begin serving free chili at 2:00pm and continue serving until it’s gone. Danica Sveda, Associate Director of Donor and Alumni Relations said that the beef for the chili was donated by a former board member of the alumni association who owns a ranch outside Douglas. She said many of the other ingredients were sourced locally as well.

In addition to the chili, there will be face painting for children by the Casper College Association of Dance Performers student club, a photo booth, and a 50/50 raffle. Last year’s winner ended up with a total of $381. The first 750 people in the door will also receive a custom Casper College t-shirt.

The bunker drill was the idea of Casper College Fire Science Instructor Dale Anderson, whose program donates the gear. Student club members will race to put on firefighter pants, shirts, helmets and other clothing before running across the gymnasium to their team members in a relay-style race.

Admission to both games is only $1.00 per person for both children and adults. If you can’t make it to the game in person you can also watch it online at https://tbirds.cc.

In addition to basketball, food, and other activities the Casper College Pep Band will be making a return after a decades-long hiatus. They will be providing musical entertainment throughout the day, including a new rendition of the Casper College Fight Song.

Alumni association board member Lea Schoenewald worked together with the author of the original lyrics, 2009 Commitment to Excellence Honoree and first Director of the Casper College Student Center Jack Romanek, as well as former board member Mary McGillivray to create the new lyrics.

Here they are in all their glory so that you can sing along with the newly revived pep band, students, and other attendees at the event:

Dear Casper College,
three cheers to you!
Ever you’ll find us
loyal and true!
Proud and courageous
ever we’ll be!
Here’s to the school we love,
On to vic-to-ry!