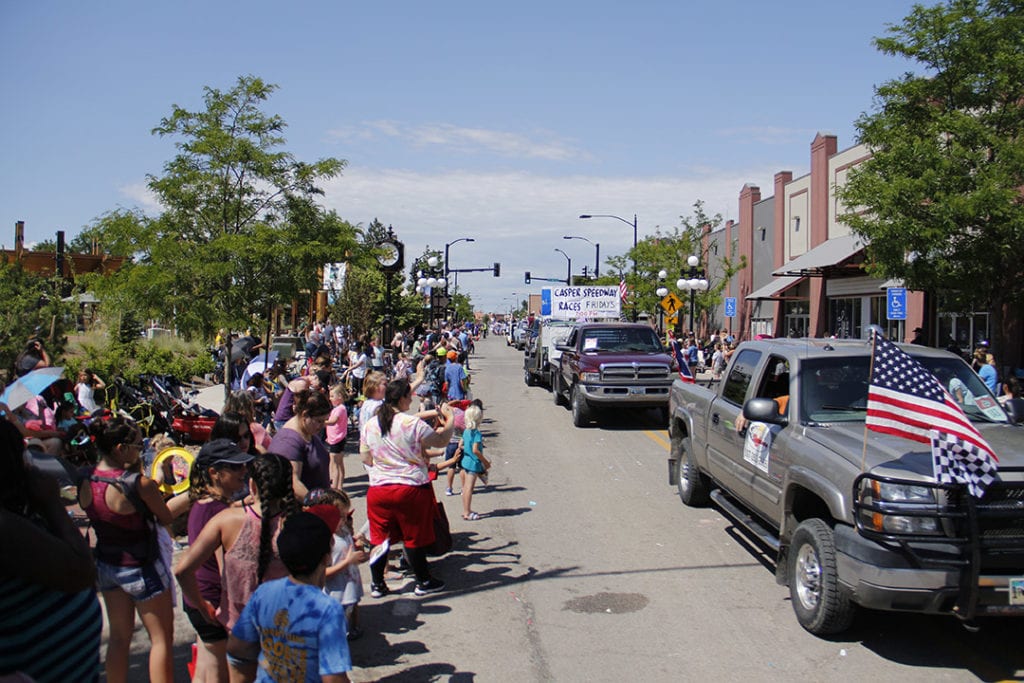 “The system was developed in the 1980s using COBOL technology and resides on the Enterprise Technology Services (ETS) mainframe,” a WYDOT document explains. “Though currently fairly stable, the system’s antiquated technology limits the ability to find expertise to continue to maintain it.”

The Wyoming House of Representatives adopted an amendment to House Bill 01, the proposed general government appropriations bill for the July 1, 2020-June 30, 2022 biennium during their Friday, Feb. 21 floor session.

That amendment adds a surcharge to increase vehicle registration fees in the state.

The amendment also appropriates an additional $6.4 million to WYDOT’s administrative budget and a $12.8 million special reserve fund for the improvements to the system.

The amendment also requires WYDOT to expend $1 in highway funds for every $2 raised through the licensing fees collected from the increase.

Eklund said that updating the RIS system will cost an estimated $70 million overall with an investment of about $6.8 million per year.

“This system is vital to the state of Wyoming and we need to get it done before it falls apart altogether,” he said.

Outside of its use for WYDOT services, the system supports a number of other agencies.

“RIS is accessed by over 30 third-party entities ranging from the National Law Enforcement Telecommunication System (NLETS) for all law enforcement entities, all 23 Wyoming County Clerks and Treasurers offices, as well as several federal agencies and contract vendors,” WYDOT says. “These entities rely on the security, efficiency, and dependability of the system.”

“We have a foundation that is creaking and it is creaking to the point that it may break,” he said. “Let’s get the painful part over with quicker so it doesn’t become more painful in the future.”

House District 07 Representative Sue Wilson questioned why the proposal to increase fees was being brought in an amendment to the budget rather than earlier in the process.

“I guess maybe I’m having a little grumpy bit with this,” she said. “Why has this problem suddenly showed up on budget amendments?”

Wilson said the late proposal suggested to here a failure to plan ahead.

“They have been telling us this would need replaced for the last 8-9 years,” he said, adding that the legislature has denied requests in past years. “That’s why we got here today. This system is 35-40 years old. This system is dying. They had to take the system out of Cheyenne and haul it to Nebraska [for maintenance].”

“If we wait one more year or two more years, this is going to be an $80 million problem.”

House District 20 Representative Albert Sommers said he was in favor of the amendment.

“What’s nice about this amendment is we are going to require a highway match as well,” he said. “This is just a small piece of the pie and hopefully we can find some savings through our study as well”

Sommers was referring to the legislature’s plans to implement a study to look at ways to curb rising information technology costs in departments across the state.

The House is working through amendments to the proposed budget bill on Friday as they work toward their third reading vote of the bill.

There were a total of about 50 amendments to the proposed bill which the House considered on second reading.

House District 08 Representative Bob Nicholas serves as chair of the House Appropriations Committee. He introduced the budget process to his colleagues on Monday.

“Now they are below $1.2 billion,” Nicholas said. “Essentially, since that time…we’re about $600 million short just in terms of what our general coffers take in. It’s just been a big difference.”

The proposed bill also includes about $1.7 billion in federal funding appropriations as well as appropriations from accounts other than the general fund. Details are available in a fiscal note of the bill.

Nicholas explained that the Joint Appropriations Committee’s recommended general fund appropriations are less than the total requested by the governor.

He explained that Gordon’s proposed budget includes about $319 million in exception requests beyond the standard budget. Nicholas said that the Joint Appropriations Committee recommended reducing those exceptions by $119 million, bringing the proposed biennium appropriations in the general fund to the $2.97 billion figure.

Nicholas said that one major spot the JAC sought to keep the budget proposal low was in the area of information technology, calling IT and “exploding” expense for the state.

“Roughly $82 million [of the reduction from the governor’s recommendation] has to do with IT alone,” Nicholas said.

He said that the JAC’s recommendation is to fund IT for the first year of the biennium and hold off on funding the rest of the requests until the state explores whether there are options to keep IT costs down.

“We need to look at this and understand this better,” Nicholas said. “Will we save money, we don’t really know, but we want to evaluate it.”

He added that Gordon requested about $20.3 million for increases to state employee salaries.

“We didn’t want to jump on that bandwagon right away,” Nicholas said of the JAC.

He explained that the state is facing about $21 million in increased state employee health insurance costs.

He added that the JAC decided to not to leave $50 million on the table in anticipation of new costs from bills moving through the House and Senate this year.

Nicholas said there are a total of four biennium budget-related bill in the Legislature.

Those include a proposed bill which would appropriate $105 million for local government distributions over the biennium.

Another proposed bill deals with state funded capital construction, which includes $777,168 from the general fund.

Nicholas explained that House Bill 02 specifically deals with state funded studies or “general government reports.” He explained that there were 54 studies included in the 2018 budget session budget bill.

“We weeded out a whole bunch of them,” Nicholas said of the JAC’s proposal.

He said there are 16-17 studies which the JAC recommends the state fund this biennium.