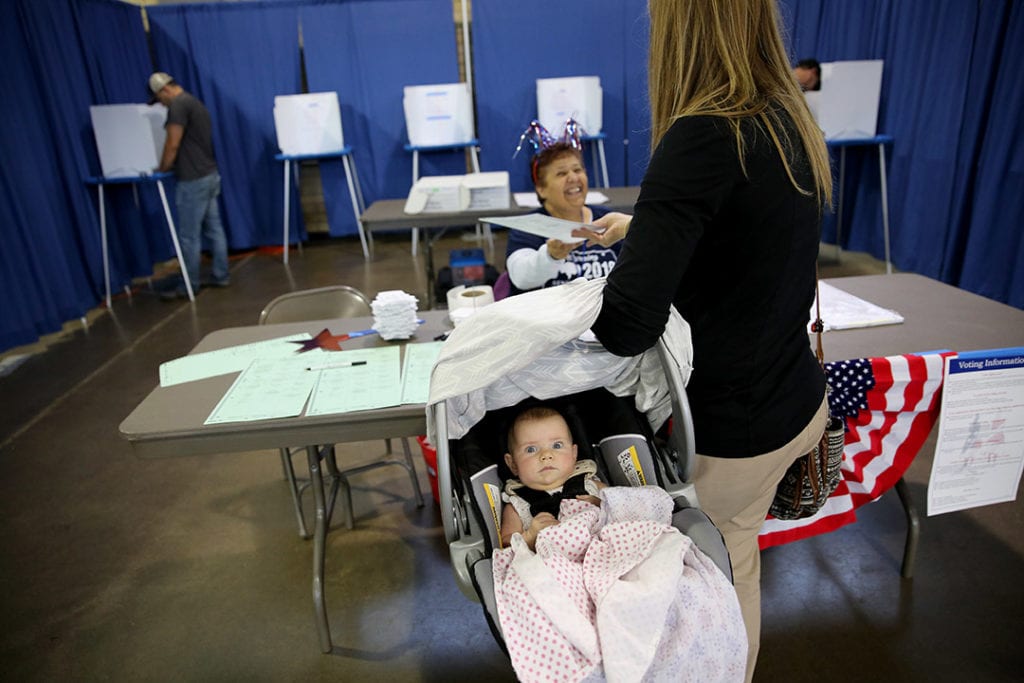 CASPER, Wyo. — Wyoming’s Constitution stipulates that a portion of oil, gas coal and other mineral tax revenues generated from the lease of state school lands can go toward funding public schools.

That resolution proposes asking Wyoming voters to amend the Constitution to allow two-thirds, rather than one-third, of such tax revenues to fund public schools. The original version of the resolution proposes allowing that increased spending for a six year period between July 1, 2021 and June 30, 2027.

Were that Constitutional amendment to go into effect, after June 30, 2027, the spending limit would return to the one-third level.

Rather than amending the Constitution to allow the increased spending for a six year window, Zwonitzer proposed a different approach.

“I can’t believe the long term plan of this body is every six years…ask voters for more money,” he said. “I don’t think that is a reasonable plan.”

Instead, Zwonitzer’s proposal would allow the legislature to approve spending of the mineral tax revenues up to the two-thirds level every two years.

“This should be a significant hurdle,” Zwonitzer said in explaining why he proposed the super-majority vote requirement. “It shouldn’t be done lightly. We are taking money from future generations to spend now. At least we put this barrier on there. I don’t want it to be used every two years.”

House District 32 Representative Tim Hallinan, who introduced the resolution on Monday, said that he preferred the six year approach.

“I don’t think that the six year problem is really an issue, in fact I think it is a blessing,” he said. “In six years…people get to vote on it again.”

“The second part of this issue that I really don’t approve of is it requires a two-thirds vote of the House every session. That is an extremely hard thing to come up with. I think that just a simple majority vote is more appropriate.”

Hallinan explained on Monday that the reason the House is considering asking voters to amend the Constitution is because of a structural budget deficit in the state’s school finance and school capital construction spending.

He said that the legislature has been unwilling to raise taxes and also unwilling to cut education spending in a manner that would solve the structural deficit.

House District 10 Representative John Eklund said on Tuesday that he liked the idea to bring voters directly into the conversation saying it is “a good way to inform the public of the dire need that we are in.”

Speaker of the House Steve Harshman said he was against Zwonitzer’s proposed amendment to the resolution. He said that the legislature needing to approve the increased spending every two years would create uncertainty in terms of budget planning.

“To add this stipulation creates more chaos,” he said. “We’re trying to get a little more certainty in our budget. This is a big step, but let’s decide it tomorrow. We’re trying to solve problems, not create more problems.”

The resolution contemplates asking voters to amend the Wyoming Constitution to help cover an education spending deficit facing the state.

Hallinan said Monday that there is a roughly $396.7 million deficit in school foundation and school capital construction spending in the state. He said that the legislature has been unwilling to raise taxes and have likewise failed to find ways to cut spending.

“Nothing else has worked,” Hallinan said in explaining why he was proposing asking voters to decide. “The people will decide. If they don’t want this, then that is a license to raise taxes, in my opinion.”

“It is not going to solve the problem. The problem is much bigger. I think it is possible that once we see how bad things have gotten then we will make an effort.”

Should the resolution be enacted, the Secretary of State would be asked to endorse the following statement on the proposed Constitutional amendment which would be put to voters:

A fiscal note of the bill gives an estimate of how much funding the amendment would provide to schools: