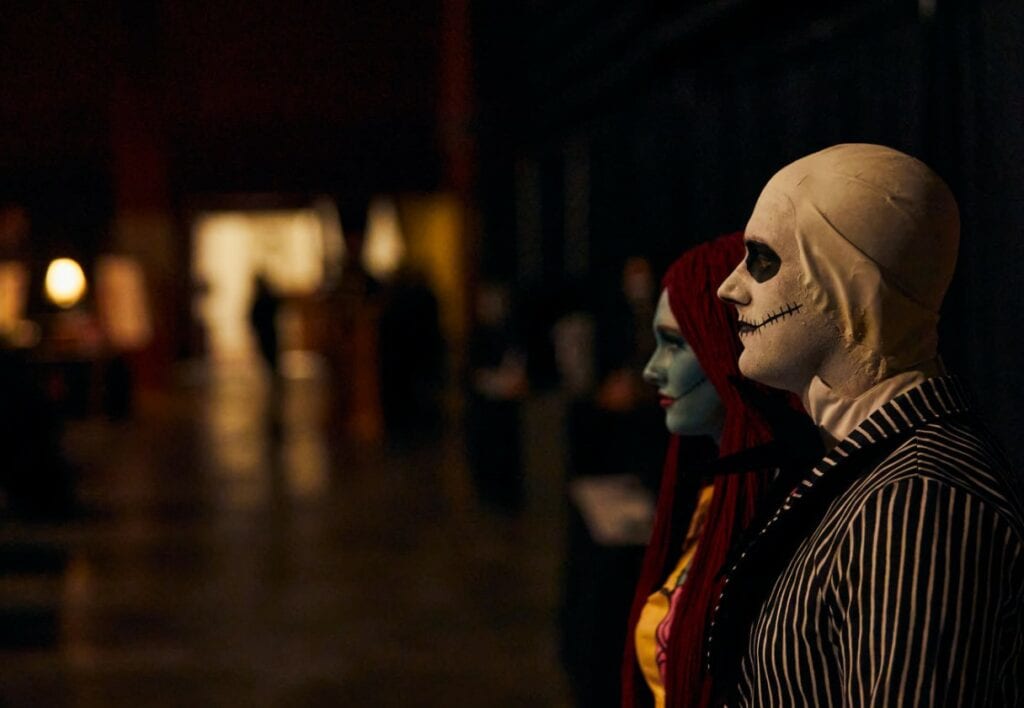 Dancing with the Stars of Casper- On Broadway brought the bright lights-big city of NYC right here to li’l ol’ Casper, Wyoming!

Just under $150,000 was raised at the 10th annual fundraiser benefiting Mercer Family Resource Center (Mercer FRC), a local agency that provides education, counseling, and prevention services that build stronger and healthier youth and families in our community. Mercer FRC would like to thank the generous donors and volunteers for helping raise this money to support programs and services that are proactive, impactful, and accessible to anyone!

The evening was filled with all the theatrics and show tunes one would expect from a night on Broadway, with performances by dance couples and choreographers who donated hundreds of hours and immense talent to their incredible performances. Dance Evolutions Inc. started the night off “One Jump Ahead” with a magical Aladdin-inspired opening dance.

The panel of celebrity judges had their work cut out for them trying to decide who outperformed who throughout the competition, as everyone brought their A-game to the stage.

And the Tony Awards go to…

Tassma Powers and Aaron Wood took home the Outstanding Theme and Creativity Award which recognizes the routine showcasing an outstanding presentation, theme and creativity. Tassma found out on stage that Aaron couldn’t attend their Bye Bye Birdie inspired routine to “Put On a Happy Face,” which obviously upset her, so her girlfriends all ran on the stage to show their support as Tassma watched a video of their perfectly choreographed dance on the big screen, proving that supportive friends truly are the key to putting on a happy face when the show must go on.

Michael Houck and Beth Jozwick’s performance to Hamilton’s “My Shot” won them the Excellence in Technique Award, recognizing their performance of outstanding technique, formation and lifts. Their energetic hip-hip rendition to this historically inspired play was full of fancy footwork and theatrical appeal, complete with an appearance by King George III reminding us to pay our taxes.

The Excellence in Showmanship Award goes to Dirk Andrews and Joy Gallup for their vivacious and upbeat Mama Mia smash up, complete with a flash mob in the audience! This award recognizes their performance of outstanding showmanship, variety, difficulty, and flow that left the crowd singing “my, my, how can we resist you?!”

Renee Penton-Jones and James Stress’s took home the Best Partner Connection Award for their dynamic storyline performance to a medley of Broadway show tunes that included She Use to Be Mine (Waitress); Magic to Do (Pippin); Sunrise, Sunset (Fiddler on the Roof); and You Can’t Stop the Beat (Hairspray). Hats off to their snazzy ending song “Blood on the Pavement” from Hairspray that promoted healthy and positive choices, reminding the audience not to drink and drive.

Brian Helling and Elizabeth Norcross won Best Crowd Appeal which recognizes the routine deemed most entertaining. Their NCHS/KWHS rivalry twist to “What Is This Feeling” from Wicked definitely left the audience entertained, no matter which side of the field they were sitting on. Brian and Liz also took home the People’s Choice Award, bringing in a total of $11,785 of the $33,040 raised!

The Judge’s Choice Award was given to Cory Poulos and Amandie Campbell for their live song and dance routine to “Anything You Can Do” from Annie Get Your Gun. This award recognizes the routine that encompasses the overall entertainment value and technical excellence.

The grand finale was a beautiful performance of the song “What’s This” from The Nightmare Before Christmas sang by Matt Stairs from Opera Wyoming.

Thank you so much to the dancers, choreographers, the makeup artists and costume designers, the sponsors, the donors and the volunteers for joining Mercer FRC. If you missed this year do not fret, since Dancing with the Stars of Casper will return October 23rd, 2021…See you there!

You can also see photos and videos from the evening on their Facebook page at https://www.facebook.com/DancingWiththeStarsCasper.