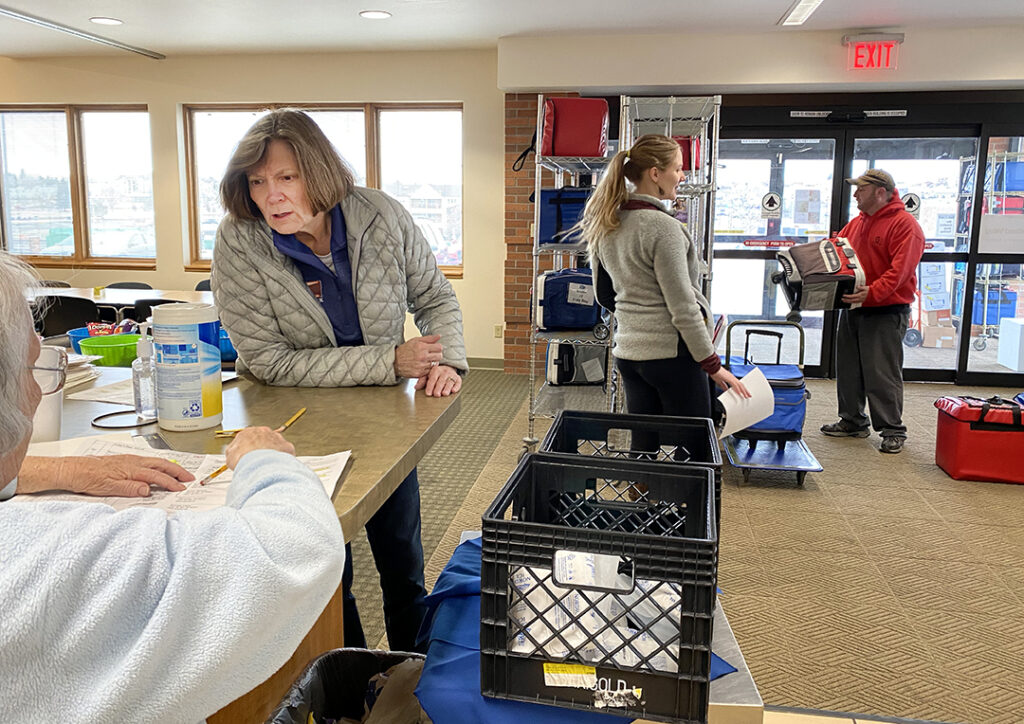 CASPER, Wyo. – Natrona County Meals on Wheels executive director Jamie Loveall was naturally skeptical when she received an email early this month asking her to call about the possibility of receiving a very large donation.

The email turned out to be from a representative working for billionaire philanthropist MacKenzie Scott, who is an author and ex-wife of Amazon founder Jeff Bezos. According to NPR, Scott, who is worth an estimated $55.1 billion, announced this week that her organization has given away $4 billion over the last four months to charitable organizations in all 50 states and territories.

After receiving a second email, Loveall decided to make the call and her apprehension quickly faded.

“I did some research on MacKenzie Scott and saw that she’s a huge philanthropist, and found the company that was calling me was legitimate, and it went from there.”

Loveall was told to keep the $1.5 million donation and the donor secret until this week, when Scott published information on the donations. In her post, Scott noted the hardship suffered by millions during the pandemic while the wealth of a relative handful of billionaires significantly increased.

“What a wonderful gift at Christmas,” said Loveall.

The annual budget of Natrona County Meals on Wheels, which celebrates its 50th birthday in January, is about $2.2 million. The organization receives grants, but relies heavily on local charitable donations, she says.

“It’s nice to know that Wyoming isn’t off the radar, so having somebody come to us and say we want to give you $1.5 million is just outstanding,” she said, adding that it’s the largest single donation the organization has received in its history. “It was breathtaking, because nobody usually thinks of us nonprofits in Wyoming.”

Like other nonprofits, this year’s pandemic has compounded the challenges usually faced by charitable organizations. Meals on Wheels focuses on elderly people who are homebound or unable to prepare their own food. That population also happens to be in the highest risk groups for serious illness from COVID-19, leading more to avoid shopping or going out in public.

Loveall says they added 85 more clients since the pandemic started in March, meaning an 11 percent increase in daily meals. She says they now serve about 15,000 meals per month.

The money will be handled by the organization’s finance committee which will meet and decided what to do with the money. Loveall says much of it will likely go into capital improvements for the building. “We want to make sure we do our due diligence and do what’s right.”

“It’s so cool that somebody did some research and found that we were worthy enough to donate that much money to. It’s pretty neat.”