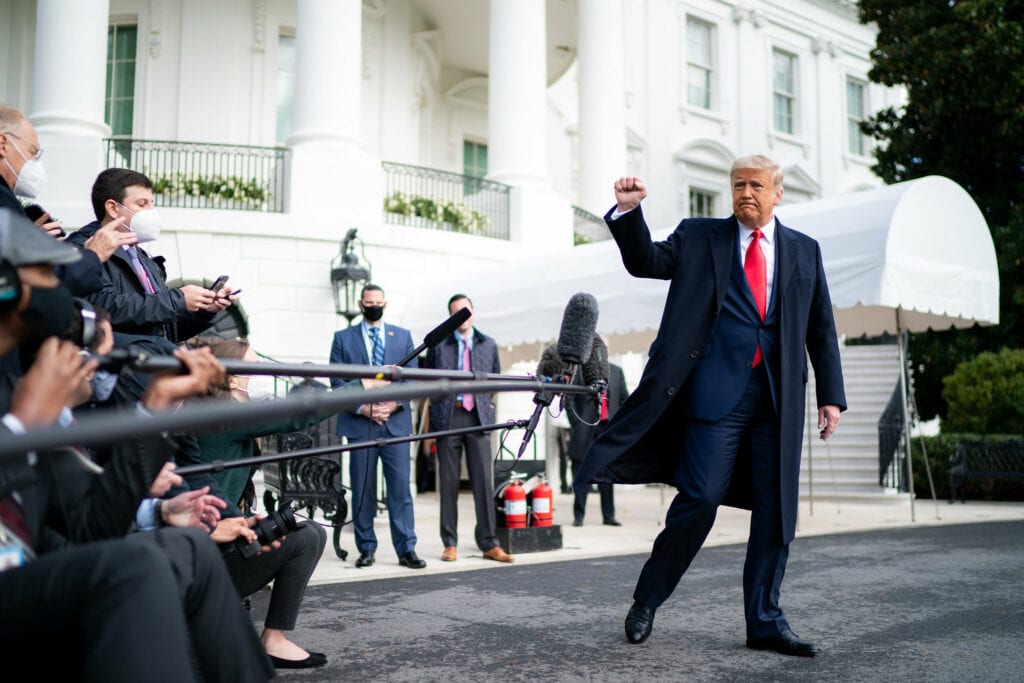 President Donald J. Trump gives a fist pump to the press Friday, Oct. 30, 2020, prior to boarding Marine One en route to Joint Base Andrews, Md. to begin his trip to Michigan, Wisconsin and Minnesota. (Official White House Photo by Tia Dufour)

Easthorne made the announcement Friday, February 19, at a town hall gathering at the Hanger Bar & Grill in Bar Nunn. Eathorne said Trump appreciated the fact the Wyoming voted for him at a higher percentage than any other state.

“He said that he’s committed to coming to Wyoming,” Eathorne told Oil City News, adding that Trump had called him personally. “Right now, the sky’s the limit.”

He said details were still being worked out: “Right now, it’s all new to me, all I know is we have the commitment, and we’re going to do the best job we can in making sure his experience is top-notch, and that everyone in Wyoming, as much as possible, will have a chance to see him.”

“I think it’s going to happen this year,” Eathorne said, added that organizers were aiming to schedule Trump’s visit during “the milder months.”

Eathorne advised that further updates would be posted to the Wyoming GOP website.

The town hall was one of a series organized by Liberty’s Place 4U WY, a new group bringing together the voices of those fed up with the GOP “establishment” in Wyoming. Grievances voiced Friday ranged from Congresswoman Liz Cheney’s vote to impeach Trump to the powers vested in the state health officer to institute lockdowns in response to public health emergencies.