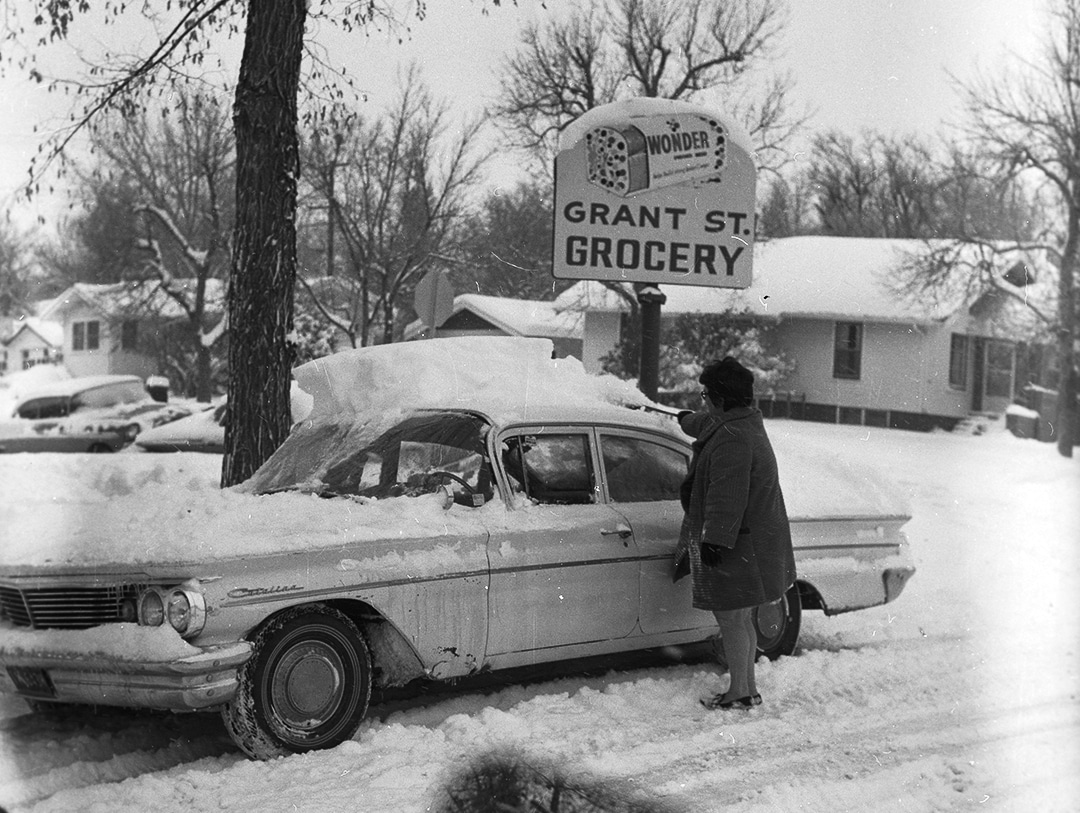 A woman removes snow from her car parked in front of Grant Street Grocery during a snowstorm in 1971. The store was among more than 70 that operated around Casper at one time. It is now the last surviving neighborhood grocery in Casper. (Chuck Morrison Collection, Casper College Western History Center)

CASPER, Wyo. – A recent Backstory column looked into Casper’s early neighborhood grocery store boom during the first half of the previous century.

At one point Casper and the surrounding areas had around 75 small grocers, mostly tucked inside neighborhoods and surrounded by houses.

After the article published, Casper College Western History Center archivist Vince Crolla was able to locate numerous images of some of those stores, as well as digitize some photos that were preserved on film negatives decades ago.

Here are those images, along with some photos from the first article.