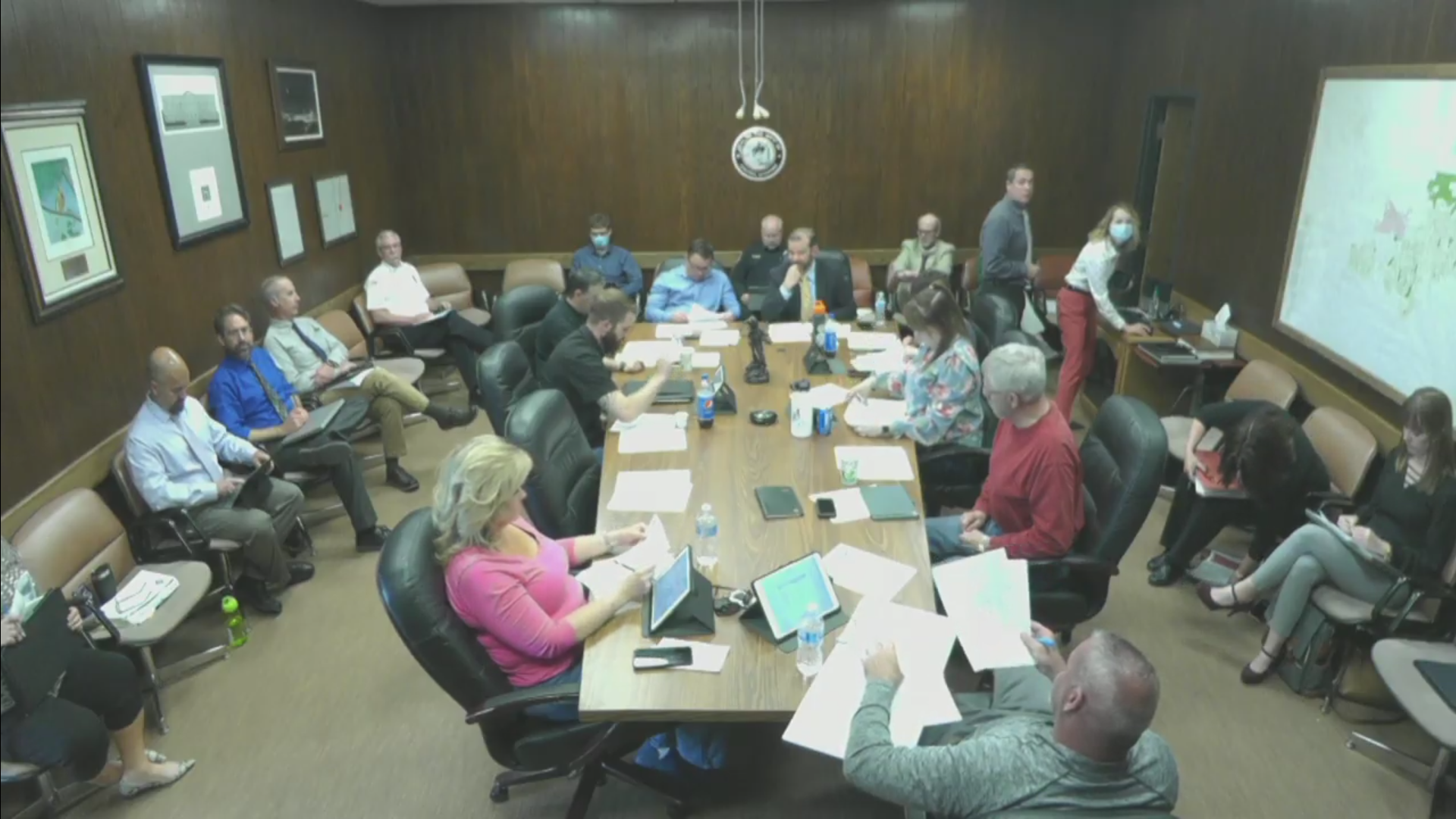 CASPER, Wyo. — The City of Casper is looking at adjusting their employee wage structure which would apply to general positions and Casper Police Department positions, but not to the Casper-Fire EMS Department due to their union.

The previous Casper City Council froze employee wages in place in summer 2020 in an attempt to save money and achieve a balanced budget. Therefore, City of Casper employees have not been moving up the five-step pay scale since that time.

The city is now asking the current Casper City Counil to consider switching to a more flexible pay structure based on recommendations provided by Graves Consulting, who conducted a study for the city to provide recommendations on how the city can more effectively attract and retain employees.

Laurie Graves told the council during a budget meeting on Wednesday, May 19 that the other goal of her firm was to provide the city with recommendations for “a pay system that is as objective and transparent as possible.”

Recommendations include adjustments to the minimum and maximum pay of city positions and widening the range between the low end of the scale and the high end. Another recommendation is to move away from an automatic step system and give the city more flexibility in terms of when an employee is moved up the pay ladder.

While the recommendation is to make step changes variable for general employees, the consulting firm does not recommend this for police department positions which would follow an automatic ladder model as a person crosses time thresholds to trigger their step increases.

Casper Support Services Director ​Tracey Belser said that switching over to the model Graves is recommending would have a total initial cost of around $127,000.

Graves is also recommending that Casper increase their share toward the Wyoming Law Enforcement Pension Plan system. This increase would cost around $87,5000.

The roughly $127,000 needed to make the transition will be built into the city’s new budget for the up-coming fiscal year with the council’s approval. The fiscal year starts July 1 and the council are working toward a new budget based on recommendations from City Manager Carter Napier and other city staff.

With wages still frozen, the city is not initially recommending adjustments to the way stepping up employee pay will happen. But Belser and Napier told the council the city is investigating that and expects to be ready to present more information in January. Napier said Wednesday that he does not yet have an estimate of potential added cost to the city for that aspect of the transition.

Napier added that the roughly $127,000 figure Belser explained to the council represents the high end of what the actual cost of the transition will be and described it as “worst case scenario….It probably will be less.”

Council member Kyle Gamroth asked if the transition would lead to further impacts to the city’s budget over time beyond the $127,000 preliminary ask.

Napier said that implementing recommendations from the Graves study wouldn’t necessarily mean an increase to what Casper pays employees overall. Graves is recommending different adjustments for different positions in an effort to align Casper’s pay structure with what other municipalities in Wyoming and the region are able to offer.

“The study does not say everybody deserves a 20% higher wage,” Napier said.

Graves said that the recommendations would increase the potential amount an employee could make, but since the proposed structure also moves to an open plan in terms of when step increases are triggered the city would “not have a pre-determined path or speed at which people will move through the range.”

Instead, the city would have the ability to move people through the range based on market drivers, budget, employee tenure and experience and, potentially, performance.

Council member Amber Pollock asked how the step increases would happen under the new system if wages are unfrozen. She asked whether it would be a decision of the city manager or a decision the city council would make.

“How is it happening now?” she asked.

Napier said that if wages were’t frozen, employees would automatically move up through the step increase system and council’s only recourse when those increases are driving up costs to much in relation to the available funding is to stop increases across the board.

Napier said that the new system would allow the city council “to take control back on what you spend on employees year in year out.”

He said the automatic increases under the existing system create challenges in terms of long term budget stability.

Vice Mayor Ray Pacheco said he thinks the transition is worth exploring since it would create opportunities for the city to do equity adjustments.

The council’s discussion came at the start of Wednesday’s budget session which can be streamed via the City of Casper’s Youtube channel: