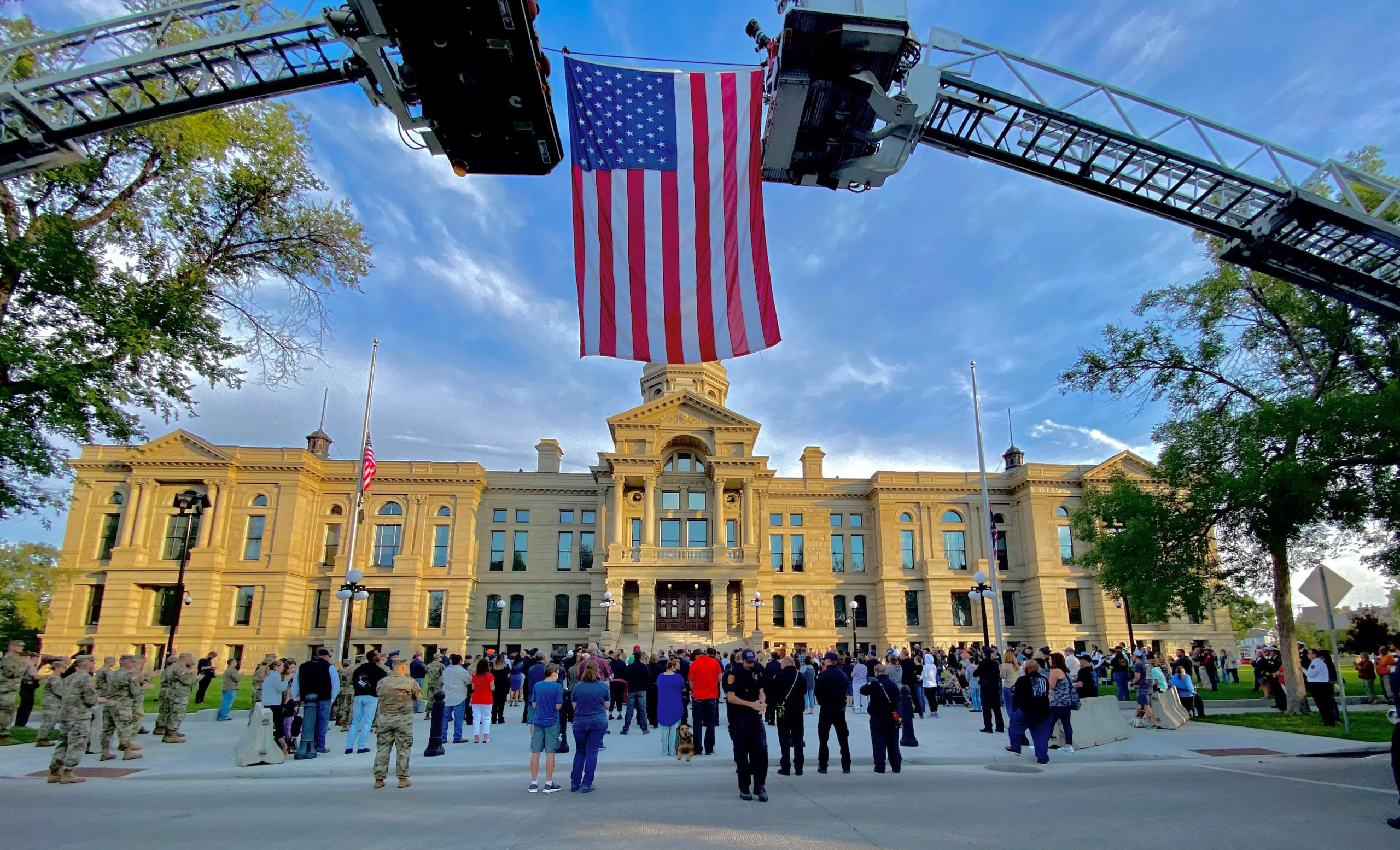 CHEYENNE, Wyo. — Governor Mark Gordon and Wyoming Senator John Barrasso, the Wyoming Veterans Commission on behalf of the Wyoming Military Department and other state and local agencies, and hundreds of citizens held a wreath-laying ceremony at the Capitol Building in Cheyenne this morning to commemorate the 20th anniversary of the 9/11 attacks.

Gordon and Barrasso were joined by the Adjutant General MG Greg Porter and Wyoming Office of Homeland Security Director Lynn Budd for the ceremony, which honored the victims of the Sept. 11, 2001 terrorist attacks that took the lives of 2,997 men, women and children.

Gordon and Barrasso each spoke about where they were on Sept. 11, 2001 and how the events of that day changed the course of America. Speakers shared stories of heroism from many of the first responders who rushed into harm’s way to save as many human lives as they could.

The 90-minute ceremony included performances from the Cheyenne All-City Children’s Chorus and the Wyoming Fire Service Combined Pipes and Drums from Casper Fire-EMS Department and the Lander Fire Department.