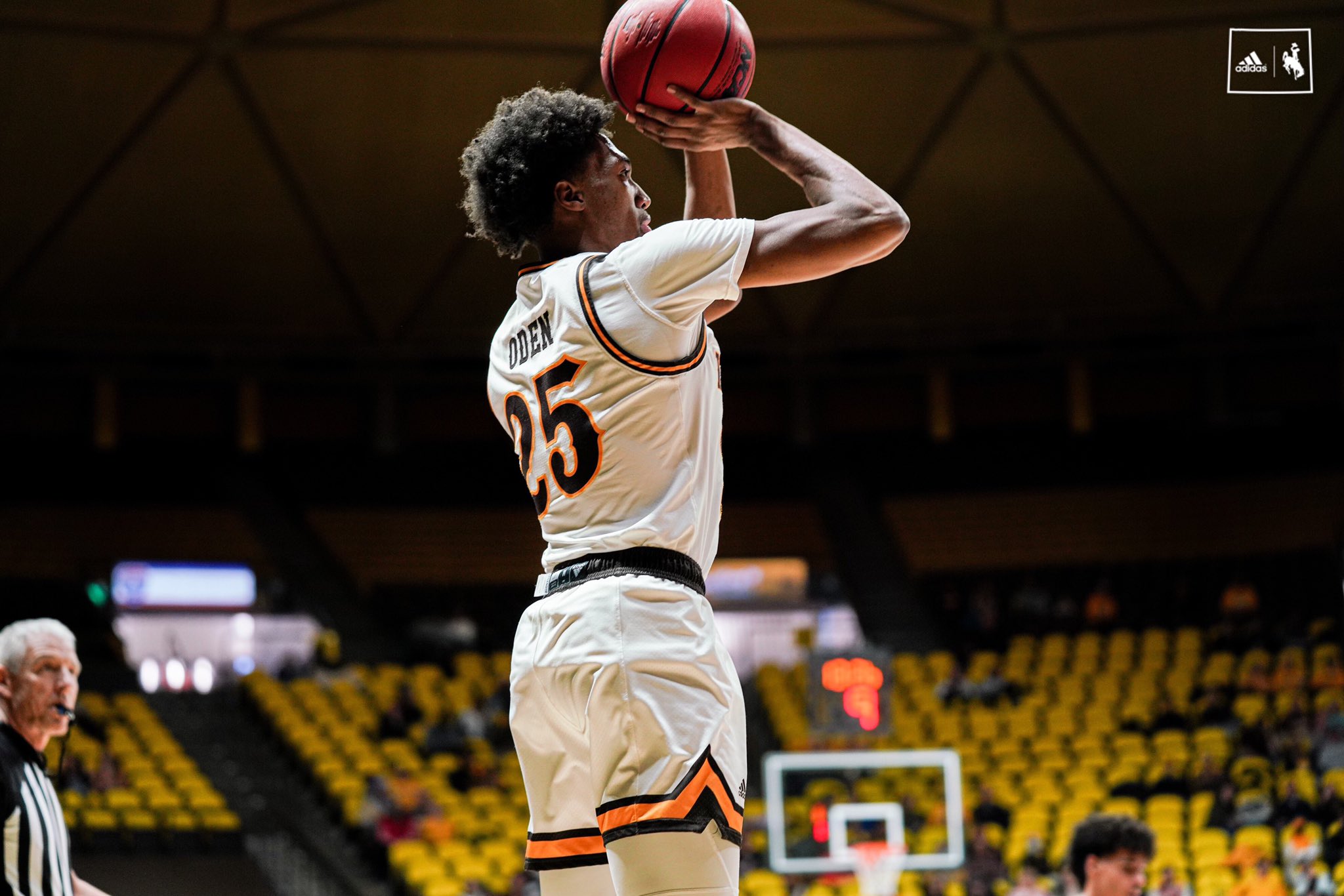 Even without two of its top four scorers active, Wyoming men’s basketball handled business in an 84–69 win over San Jose State on Wednesday night at Arena-Auditorium in Laramie, improving its record to 14–2 and recording its third win in five days.

Leading scorer Graham Ike (20.0 points, 8.5 rebounds) was ruled out prior to tipoff as a precaution after his previously-injured right knee careened off of the floor in Monday’s win at Nevada, while fourth-leading scorer Xavier DuSell (10.8 points) was inactive for the second straight game after injuring his hamstring late in the Cowboys’ win over Utah State this past Saturday.

Limited in options, UW nonetheless remained unbeaten in Mountain West Conference play thanks to 20 points and a career-high 12 assists from guard Hunter Maldonado, plus 15 points off five 3-pointers from guard Drake Jeffries. The senior from Mattoon, Illinois has now made 15 triples in his past three games.

Jeffries hit all of those treys in the first half as the Pokes got out to a 45–37 lead going into the locker room. A late push from the Spartans tied it at 55 with 12:33 remaining in the second half, but the Cowboys broke the game open and tallied up a 13-point lead with seven minutes to play, largely thanks to key plays down the stretch from sophomores Brendan Wenzel (15 points) and Jeremiah Oden (14 points) as well as freshman guard Noah Reynolds (14 points).

Wyoming will remain in Laramie for its next game, a 5:30 p.m. showdown Saturday with MWC foe New Mexico. The game will be televised on CBS Sports Network.