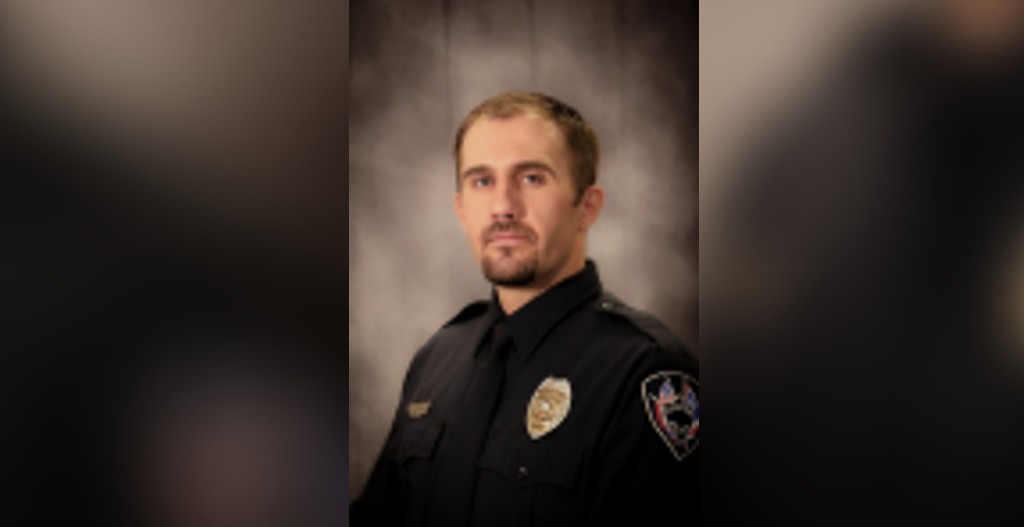 CASPER, Wyo. – A former Casper Police Department officer has been charged with reckless endangerment, according to a press release from the CDP Tuesday.

The officer who was identified as 35-year-old Jesse Jones, was employed by the CPD at the time of the incident and has, “been charged with one misdemeanor count of Reckless Endangerment. At the time of the incident, the former officer was not on duty, and did not represent the Casper Police Department. Nonetheless, the former officer was still employed at the Casper Police Department,” the release stated.

Jones was five year veteran of the CPD prior to the charge and is an Army veteran, according to an interview he did in 2019.

“Due to the involvement of a Department employee, the investigation into this incident was immediately turned over to the Wyoming Division of Criminal Investigations (DCI) to complete an independent, third-party investigation. In accordance with Casper Police Department policy, the involved CPD employee was immediately placed on paid administrative leave and an internal review of this incident was initiated,” the CPD release said on Tuesday.

The reckless endangerment charge stemmed from an incident that took place around 1:30 p.m. on October 1, 2021.

The release went on to say, due to the involvement of a Department employee, the investigation into this incident was immediately turned over to the Wyoming Division of Criminal Investigations (DCI) to complete an independent, third-party investigation. In accordance with Casper Police Department policy, the involved CPD employee was immediately placed on paid administrative leave and an internal review of this incident was initiated.

Jones resigned, according to the release, prior to the culmination of the investigation.

Upon completion of the DCI investigation, the Natrona County District Attorney’s Office requested the assistance of a third party. The Johnson County Deputy County Attorney was contacted, “to make a legal decision on the criminal case,” according to the release.

On January 25, 2022, a criminal charge of Reckless Endangerment was filed against Jones in Natrona County.

The charge is a misdemeanor and carries with it a maximum of a one year prison sentence.

According to Wyoming State Statute, “A person is guilty of reckless endangering if he recklessly engages in conduct which places another person in danger of death or serious bodily injury, or any person who knowingly points a firearm at or in the direction of another, whether or not the person believes the firearm is loaded, is guilty of reckless endangering unless reasonably necessary in defense of his person, property or abode or to prevent serious bodily injury to another or as provided for under W.S. 6-2-602.”

In a prepared statement, the CPD said, “In keeping with our long standing commitment to transparency, the Casper Police Department is releasing this information,” said Casper Chief of Police Keith McPheeters. “We hold our employees to extremely high ethical, professional and personal standards. We believe that our community expects this of its police officers. Because of this commitment, our internal expectations far exceed those required by the standards of criminal laws. When we identify improvements that are needed, we do not feel the need to wait before we take efforts to make those improvements. In this case, we believe that taking the actions we did helps to maintain the public trust in our agency and the police services we provide to our community. Our commitment to the citizens of Casper remains as it always has been – to protect and serve our community through the highest standards of professionalism in police services – and to maintain a Department of selfless public servants who reflect that ideal in their personal and professional lives.”

The incident report was not available from the circuit court at press time.