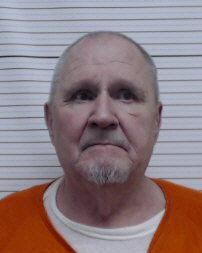 CASPER, Wyo. — In a sentencing hearing in the 7th District Court in Casper Friday, Dale Wayne Eaton, also known as the “Lil Miss Killer,” was seemingly forgotten by the Department of Corrections (DOC) as they failed to deliver Eaton to his scheduled sentencing hearing.

District Judge Daniel L. Forgey addressed mostly family of the victim gathered in the courtroom last Friday, saying, “Despite the transport order being entered in November, Eaton was not transported. … He’s not here.”

Prior to Forgey making the announcement, prosecutor Michael Blonigen delivered the news to family in attendance, who were visibly shaken by it. The mother of the victim demanded Eaton be brought to sentencing in person, refusing to accept a Zoom appearance.

“I want him here, this is my last time,” mother of the victim Shelia Kimmell said, breaking into tears. “To be re-victimized by the state after all this.”

At one point, lead defense attorney Sean O’Brien approached the Kimmell family and spoke to Shelia.

Judge Forgey said this was the second time this particular sentencing hearing has been rescheduled and it’s something “I don’t take lightly.”

On September 30, 2020, it was ordered that Eaton undergo a competency evaluation by the Wyoming State Hospital and Dr. Elizabeth Donegan. Having submitted their findings to the district court on Aug. 26, 2021, the evaluators determined that “Mr. Eaton is not competent to proceed and that it is unlikely that he can be restored to competency.”

“Findings of the examiners designated by the Wyoming State Hospital that Mr. Eaton’s brain function has been diminished by recent strokes,” court documents state.

Eaton had filed a motion to appear by video for the sentencing hearing that was denied in October. Eaton is being held at the Wyoming Medium Security Correctional Institute in Torrington.

Eaton was represented by appointed counselors Lindsey Runnels, Terry Harris and Sean O’Brien. Michael Blonigen was the presiding prosecuting attorney for the state.

Kimmell famously had “LIL MISS” on the license plate of her car that was buried by Eaton on his property, which was later recovered after the case went unsolved for 14 years until DNA evidence linked Eaton in 2002. Kimmell’s body was discovered in the North Platte River near Casper in April 1988.

On June 2, 2004, Judge David B. Park sentenced Eaton to death on the four counts of killing miss Kimmell plus life in jail and 40 years for the additional three counts.

The Wyoming Supreme Court affirmed Eaton’s convictions and sentences in 2008 and 2009.

In May 2013, Eaton petitioned the United States District Court for the District of Wyoming for a Writ of Habeas Corpus.

On November 20, 2014, Judge Alan B. Johnson granted habeas corpus relief, finding that Mr. Eaton was prejudiced by the constitutionally deficient performance of trial and appellate counsel with respect to the penalty phase of his capital trial.

Johnson ordered that Eaton be granted a new sentencing proceeding, ordering he remained incarcerated by the state of Wyoming. The order vacated the death sentence on four counts, but left three counts still intact, which sentenced Eaton to life in prison plus 40 years.

Eaton was the only inmate on death row in Wyoming.

Despite the fact Eaton was not delivered by the DOC for his sentencing hearing on Friday, a new date will be set for the non–capital punishment sentencing hearing which will seek life in jail. Eaton is already currently serving life in prison under his current sentence.