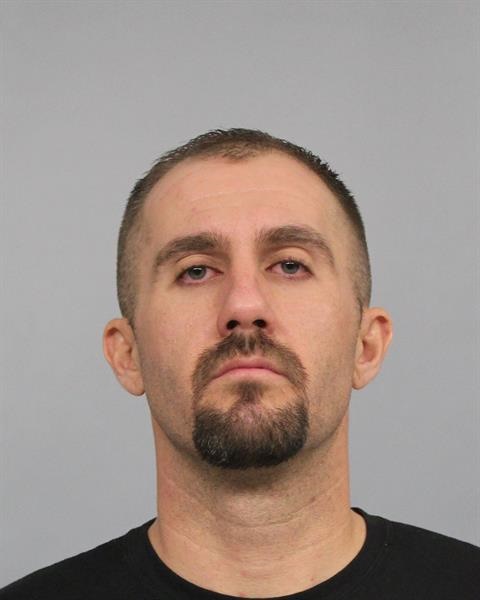 CASPER, Wyo. — A former Casper Police Department detective entered a not guilty plea for allegedly gouging the right eyeball out of the socket of a victim and pulling a handgun on the subject in public during an altercation that took place last October.

The altercation and ensuing charge of reckless endangerment led to the eventual resignation of the detective, who was reportedly off duty during the incident, according to charging documents.

A warrant for Jones’s arrest was filed on Tuesday with the Natrona County Sheriff’s Office, submitted by Special Assistant District Attorney Joshua Stensaas.

Stensaas has been appointed a special prosecutor from Johnson County to avoid any potential conflicts of interest, considering Jones’s affiliation with the Casper Police Department, according to a press release issued by the CPD Tuesday.

Jones bailed out on a $500 cash bond from the Natrona County Detention Center, according to the release order filed Tuesday.

Jones was briefly incarcerated after turning himself into authorities when he became aware of the warrant for his arrest, according to Stensaas.

The reckless endangerment charge stems from an altercation that took place on Oct. 1, 2021 outside of Seton House in Casper.

Seton House is “a self-sufficiency program for single-parent families experiencing homelessness. Located in Casper, Wyoming, the goal of Seton House is to help families become independent,” according to their website.

According to the criminal complaint affidavit, the executive director of Seton House “contacted the Casper Police Department to report a male, identified as Jesse Jones, protesting and picketing the Seton House … in reference to the Seton House mandating COVID vaccinations.”

The executive director advised dispatch they had previously received threatening emails from Jones. The responding officer observed, “Jones walking on the public sidewalk, carrying a sign … that no criminal actions had occurred and asked Jones to not take pictures,” at the executive director’s request, according to the criminal complaint.

At 1:30 p.m. CPD received multiple calls reporting a fight that had occurred at the Seton House and that a “firearm had been displayed,” prompting officers to investigate.

Agents were advised that an off-duty CPD officer, identified as Jones, had been involved in a physical fight with another male subject, resulting in the male subject being transported by life flight to a Denver, Colorado hospital to try and save his right eye, charging documents stated.

An investigator with the Natrona County Sheriff’s Office conducted an interview with the male subject who had his eye gouged out in the conflict at the Wyoming Medical Center. The subject informed the investigator he and Jones began to argue at the scene of the suspected crime, at which time Jones threw the first punch.

The subject stated that he responded by punching back, at which time Jones allegedly drew a handgun, according to charging documents.

The subject stated that a fistfight began that “went into the street; that’s why my legs are scraped up. And he stuck his finger in my eye,” according to the court affidavit.

The subject further stated in the interview that he attempted to leave and get in his truck, but that Jones got between him and his truck and they “started fighting again.”

Jones was interviewed by the Natrona County Sheriff’s Office and stated the alleged victim was the aggressor and threw the first punch and that he “moved to the side of the punch and threw a right jab at the male and pushed him off. Jones said he told the male to back up and Jones began to back down H Street. The male continued to advance on Jones and Jones pulled his firearm and told the male to back up. A crowd began to form, and the crowd was yelling at Jones because he had his firearm out. This stopped the male and Jones continued to walk backwards to create distance while the two yelled at each other. Jones lowered his firearm and had his phone out to video. As Jones continued to retreat, he called 911. Jones said at this point the male charged at [him].”

Four witnesses were interviewed, along with video evidence from Jones’s phone and a witness, according to charging documents, ultimately resulting in the conclusion from investigators that “after reviewing the witness statement(s), videos, photographs, electronic evidence, 911 emergency calls, and meeting with the special assistant district attorney assigned to this matter, a determination as the following was made: That even though the male instigated the fight in this matter, Jones engaged in the act of ripping at the male’s eye after the threat had ceased to exist. Jones recklessly engaged in conduct that placed the male in danger of serious bodily injury.”

When asked by Oil City News why a charge of felony assault and battery was not entered in the case, Stensaas said, “I think you will find that out in open court.”

Stensaas further added that he does not know when the next hearing in the case will be.