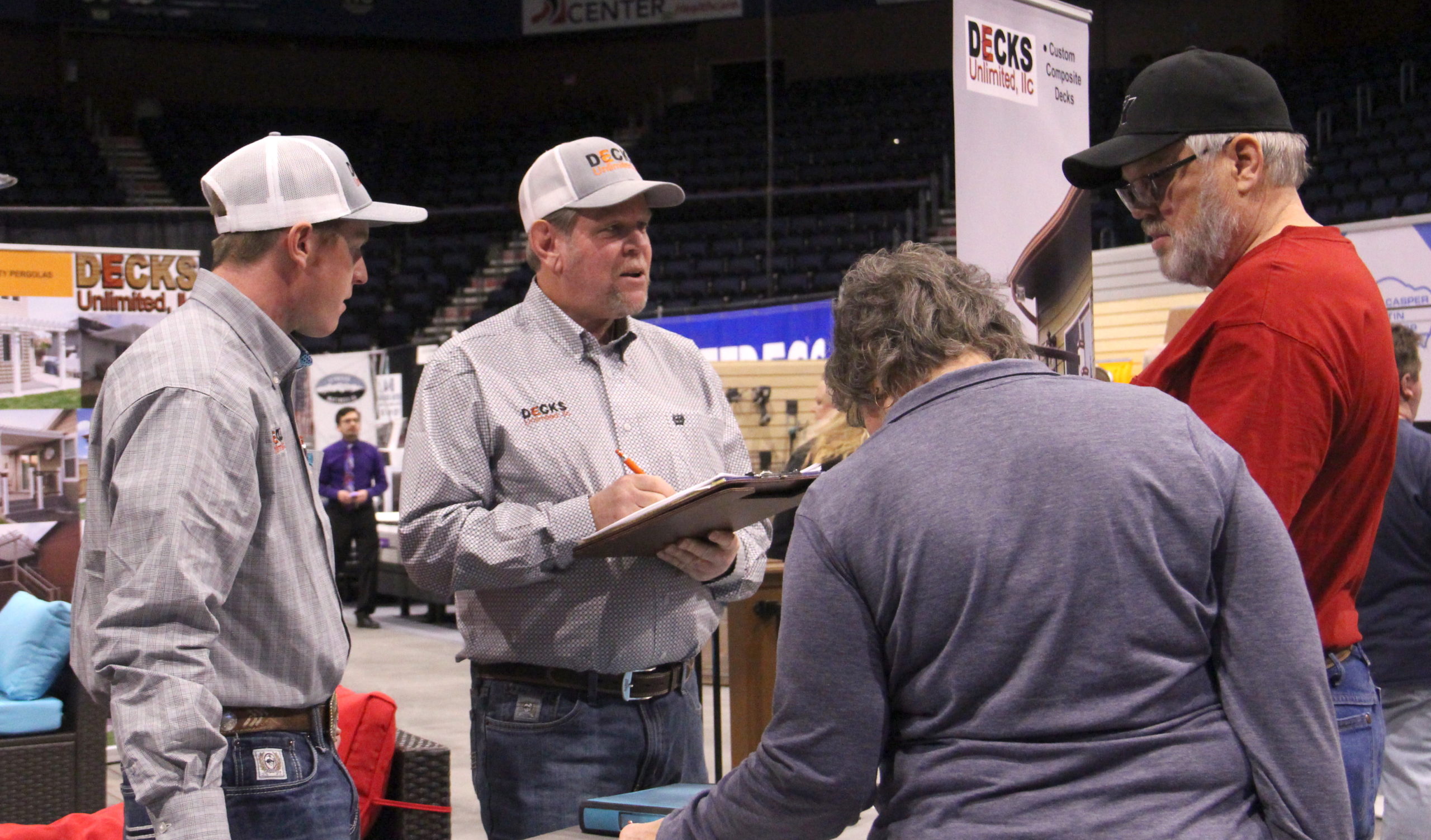 Vendors made their services and supplies known for homeowners and renters, and set out bowls of candy for the families. Industries including home heating and cooling, spas, decks, tree care, gardening, construction, stoves and chimneys, and an array of artisanal crafts and foods were represented.

Dianne Ebert, CEO of the nonprofit Central Wyoming Homebuilders Association, which hosts the event, told Oil City that organizers opt for a mix of vendors, but they are “predominantly” in the building industry.

“We try to keep it home and yard-related … but you have make-up and TV in the home,” Ebert said.

Since last year, professional contractors have felt the squeeze on the price of materials due to global supply chain issues and labor shortages due to the pandemic. This year, the impact of inflation and rising fuel prices has only exacerbated the problem.

“What I hear from everybody is prices are continuing to go up,” Ebert said. “And getting product is next to impossible.”

“Every week last year, the price of material went up in metal,” said Jim Delinger, who founded a gutter and siding company that his son now runs as A & B Seamless Gutter. “It’s almost doubled in price since the first of last year.”

Deligner said this means that the longer it takes to do a job after offering an estimate, the more likely it is that the actual cost will surpass the quote.

Chris Hepp, owner of Galles Greenhouse, said freight charges are on the rise, and so he’s building an addition onto the greenhouse in order to stockpile materials, particularly Canadian peat moss.

“It’s a lot more money up front to us, but we shouldn’t run out.”

Pottery items, which typically come from China and Indonesia, are another price point that “has gone through the roof,” Hepp said. “That’s probably the one item we’ve seen the biggest price increase on.” And for orders placed, “we’ve gotten maybe a third of it.”

Hepp added that there had been a “huge influx” of interest and purchases related to home-gardening since the beginning of the COVID-19 pandemic. It waned a little bit last year, but he expects it to endure with ongoing concerns about consumer prices and, recently, food quality.

“If you have the time, you can grow a lot better quality produce than you can get with the store.”

Some contractors book a good percentage of their clients for the year at the show. Delinger said he typically gets about 20% booked. Still, he says the bulk of the business is done between August and October, as clients scramble to get work done before the following winter.

As project season emerges, people are taking stock of the peeling paint, leaning fences, and barren patches of yard, and the Home and Garden show inspires them to take action early, vendors said.

Some of those issues may have been lingering for many years: All Trees owner Ryan Wenger said his company is still tending to dangling limbs that were compromised in the infamous “Snow-pocalypse” in October 2013.

Such limbs are called “widow makers,” according to Wenger’s colleague AJ, and the company encourages homeowners to take advantage of the free estimates so they can mitigate damage to life and property.

After all, “Nothing’s real light in tree world,” AJ said.