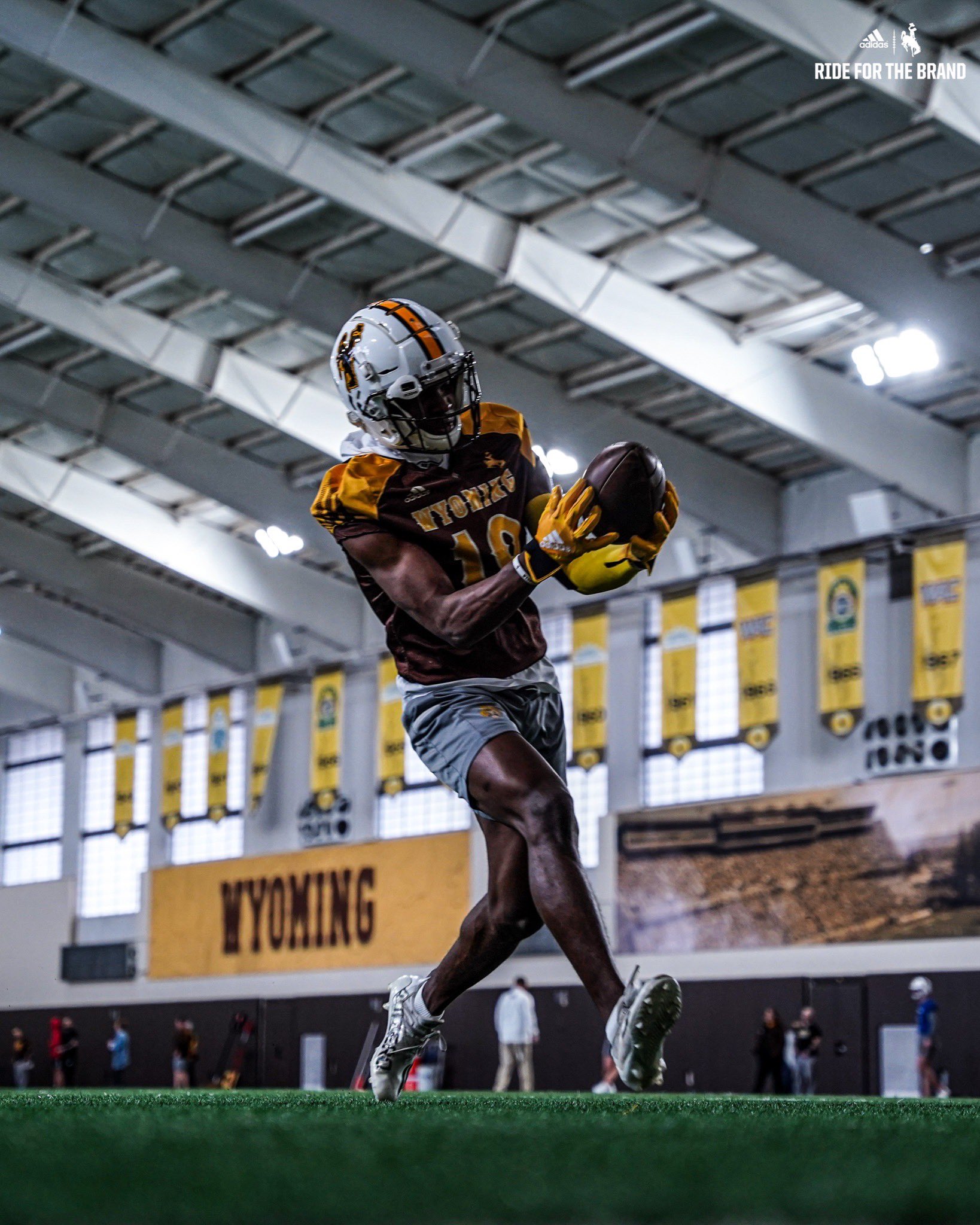 Prep for the 2022 season officially got underway for Wyoming football Tuesday afternoon.

But before the spring’s first football practice got going, some of the Cowboys’ top talent from last season had some people to impress.

Here’s an overview of at all that went down at 7,220 feet Tuesday:

Twenty-nine of 32 NFL teams were in attendance at UW’s Pro Day (the Los Angeles Rams, Minnesota Vikings and Pittsburgh Steelers were the ones not present) and to watch several former Cowboys strut their stuff in anticipation of the 2022 NFL Draft next month in Paradise, Nevada.

Those who participated in drills were linebacker Chad Muma, guard Logan Harris, safety Esaias Gandy, defensive end Garrett Crall, running back Trey Smith and wide receiver Ayden Eberhardt. Muma was limited in drills as he had already participated in the NFL Combine held earlier this month, while Eberhardt was limited as he continues recovery from a knee injury he suffered last season.

Muma garnered the most attention as the senior was an All-Mountain West Conference First Team pick on defense this past year and is projected to be a second-day draft pick — similar to the man he replaced at linebacker in Laramie, Logan Wilson, after the now-Cincinnati Bengal was picked in the third round of the 2020 draft.

Of the workouts Muma did for scouts Tuesday, he improved upon his three-cone drill time from 7.06 at the combine to 6.91 at Pro Day, a time that would’ve ranked as the fastest among all linebackers at the combine, per a UW release. His 20-yard shuttle time of 4.25 on Tuesday was an improvement over the 4.28 officially measured earlier this month, as well.

Other notable Pro Day results are available in UW’s release from the event.

Wyoming football coach Craig Bohl and his team officially began spring practice Tuesday with plenty of questions about the roster and expectations ahead.

Perhaps the most notable position battle is at is quarterback, following the transfers of Levi Williams and Sean Chambers, who split time under center for the Cowboys in 2021. Junior Andrew Peasley (Utah State) and JUCO transfer Evan Svoboda have arrived in Laramie from the portal, in turn, and they’ll likely be at the forefront of a competition for the starting slot.

“We’re all happy with them, but it is a whole different system for both of them, managing a pro-style offense, being under center and play calls that are long,” said Bohl about the new faces at quarterback. “All those things are different for them, but I thought they did well today for the first day. We had good competition today, but that is going to be a long process as we go along.”

There’s issues in the secondary that need to be resolved as well, as seven different players from the unit either graduated or transferred out following the season. Plus, the second-leading rusher in school history, Xazavian Valladay, left to play at Arizona State, and the leading wideout from last year, Isaiah Neyor, transferred to Tennessee.

But with a large list of transfers and new recruits in the mix, Bohl and the Cowboys will eventually fill in the gaps as time goes along prior to the Pokes’ 2022 opener against Illinois on Aug. 27 in Champaign, Illinois.

“I was really pleased with how our players responded today,” Bohl quipped Tuesday. “We had eight great weeks of off-season conditioning. Our overall times are better, we’re leaner, we’re bigger and to the naked eye it certainly showed up, I thought, today.”

Spring practice will continue throughout the next few weeks leading up to Wyoming’s Spring Game at 2 p.m. April 30 at War Memorial Stadium.