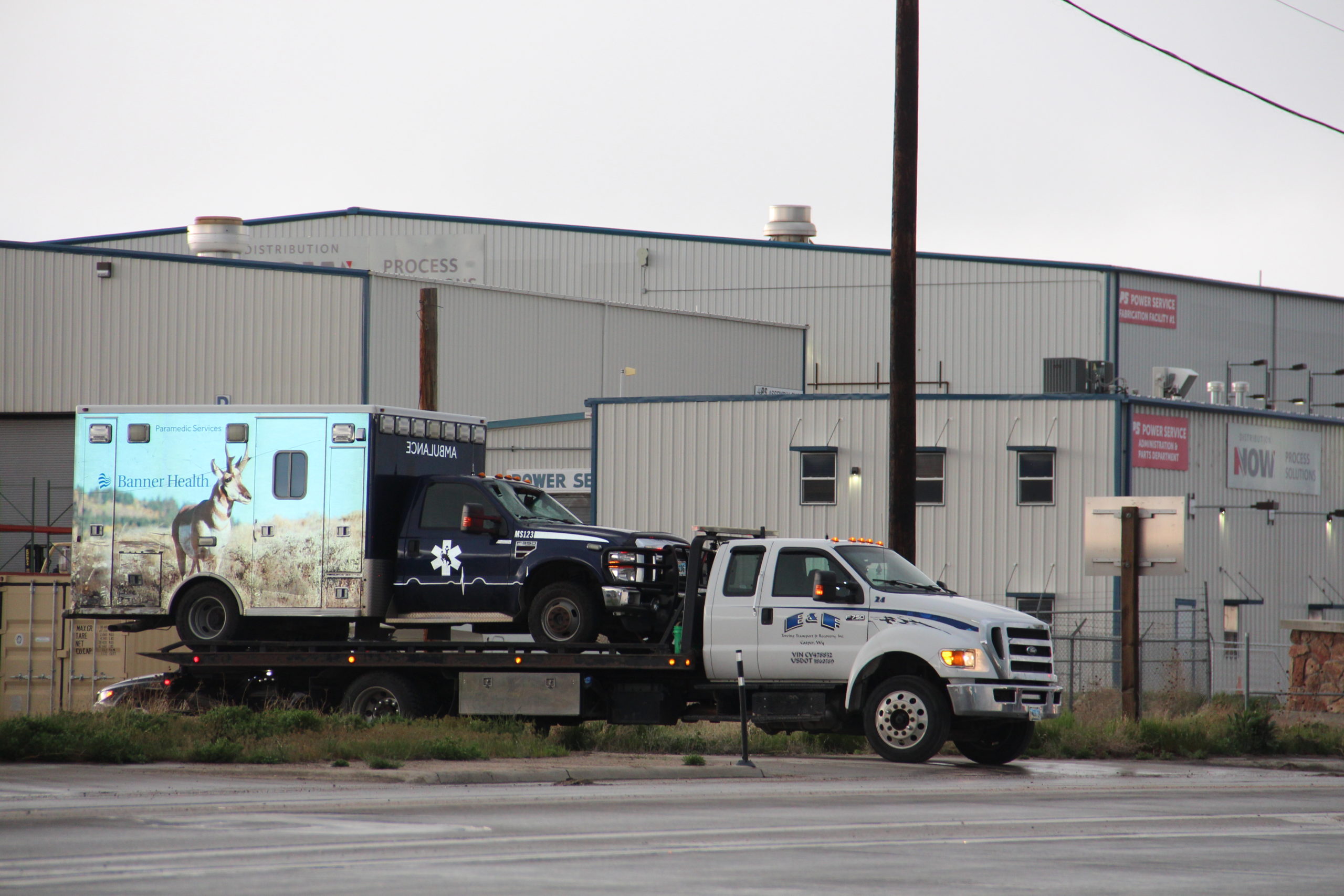 CASPER, Wyo — A crash involving an ambulance has been reported on US 20/26 in Mills shortly before 5:00 p.m, authorities said Monday.

Mills Fire Chief Wil Gay said the crash involves two vehicles at the intersection of West Yellowstone Highway and the US 20/26 bypass. Delays are expected in the eastbound lane. Gay could not comment on the condition of the patients.

Wyoming Highway Patrol is also on scene. More information will be released as it becomes available.