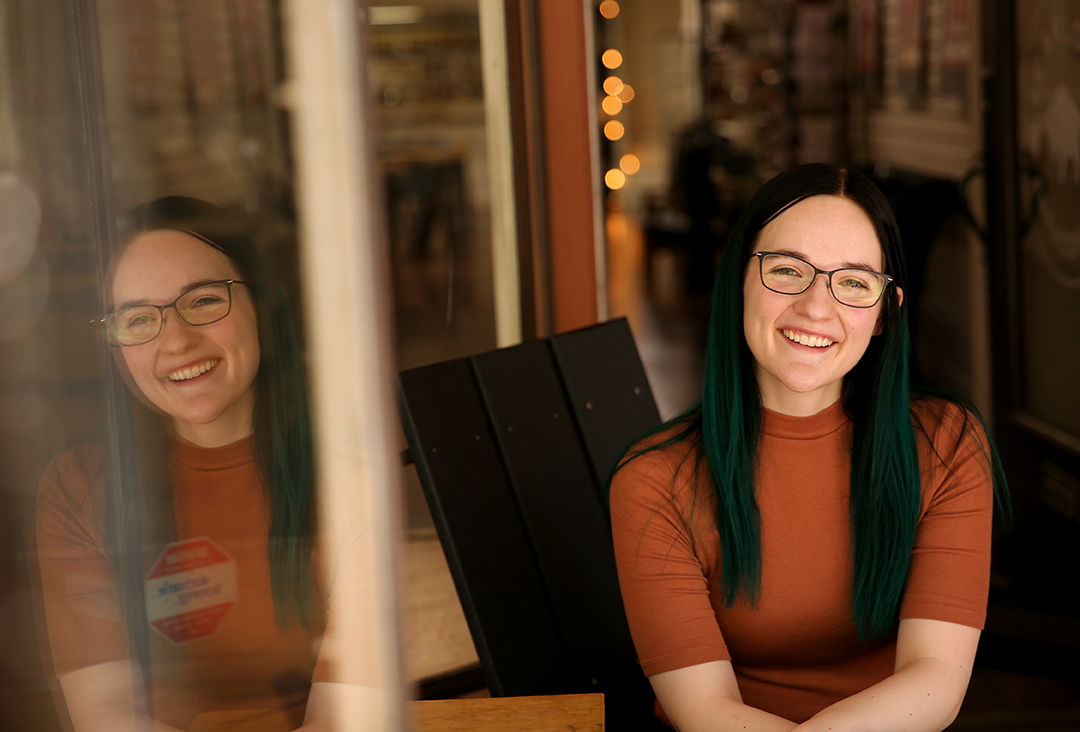 CASPER, Wyo. — “A Christmas Carol” by Charles Dickens is arguably loved by just about everyone, and is inescapable during the holiday season.

It’s the kind of “loved to death” piece that can elicit eye rolls from theatre veterans, but for Casper native Bailey Patterson, it will always be remembered as the reason she’s studying theatre.

Yes, it’s popular and perhaps overdone, but it brings a lot of people into the theatre who otherwise might never see a live show.

“We had a rich discussion about how for us it might be annoying, but also how a show like that could be the reason why an 8-year-old kid wants to do theatre in the future.”

Bailey, who turns 25 next month, was that kid at one point. While she started in children’s theater at a young age, her involvement in a small part of “A Christmas Carol” directed by Casper College’s beloved theatre instructor, the late Tom Empey, was an experience she could never shake.

“Oh my gosh, he was amazing, one of the best directors I’ve ever had,” she said.

Now Bailey is in her first year of a Masters of Fine Arts theatre performance and pedagogy program at Texas Tech University in Lubbock. Last month, she became the first Wyoming actor to win the national Irene Ryan Scholarship through the annual Kennedy Center American College Theater Festival, beating out thousands of competitors from hundreds of colleges and universities across the country.

Because of lingering COVID restrictions, Bailey and her acting partner were judged by a video recording. “Typically they’d just fly us out to D.C. and we’d do the competition there, and there would be an award ceremony at the Kennedy Center,” she said. The in-person ceremony will be held later this year.

Bailey found out about her win while in a Laramie hotel room with her parents.

“I was a little bitter that I couldn’t just be at the Kennedy Center to accept the award, but of course there was something really cool about hearing all of the names of people doing really good work in collegiate theatre,” she said.

Dozens of other awards are given during the event for disciplines ranging from direction to theatre journalism, and the Irene Ryan Award announcement is saved for last.

“I didn’t want to get my hopes up because it’s such a big deal,” she said. “It was so overwhelming to win.”

Her path to one of the country’s more elite theatre programs can be traced back to Wyoming, where she has been involved in theatre since childhood. She attended St. Anthony’s Tri-Parish Catholic School as a kid; did high school at KWHS; attended Casper College before moving on to the University of Wyoming, where she received a bachelor’s degree in communication and another in theatre; and then earned a master’s in communication.

She describes the MFA she’s now pursuing as the peak of education in the theatre world. “Especially if you want to go to LA or New York, it’s a great way to network and make connections,” she said.

But Bailey, who will graduate in 2024, doesn’t want to go to New York or LA. She wants to come back home and teach.

“I think we take for granted in Wyoming all of the facilities that we have,” she said. “Casper College has a beautiful [performance] space; Sheridan has a beautiful space. I remember going to Riverton and Rock Springs and thinking, ‘Oh wow, these are great spaces.'”

Wyoming’s assets became more apparent as she traveled and performed in other states like Oregon, Washington and Texas. “We’re so lucky to have the spaces that we do,” she said.

“Ideally, I’d love to come back to Casper,” she said. “I think that Casper has a hungry art scene, like every year there’s another festival or company doing something, and people are interested in supporting and getting behind the arts.”

“I’m very fortunate because I feel like I’ve had some great directors and choreographers and just general artists in my education here in Wyoming,” she said.

The spirit of Tom Empey looms large in Casper arts, and also with Bailey, who cautiously dreams of someday following in his footsteps.