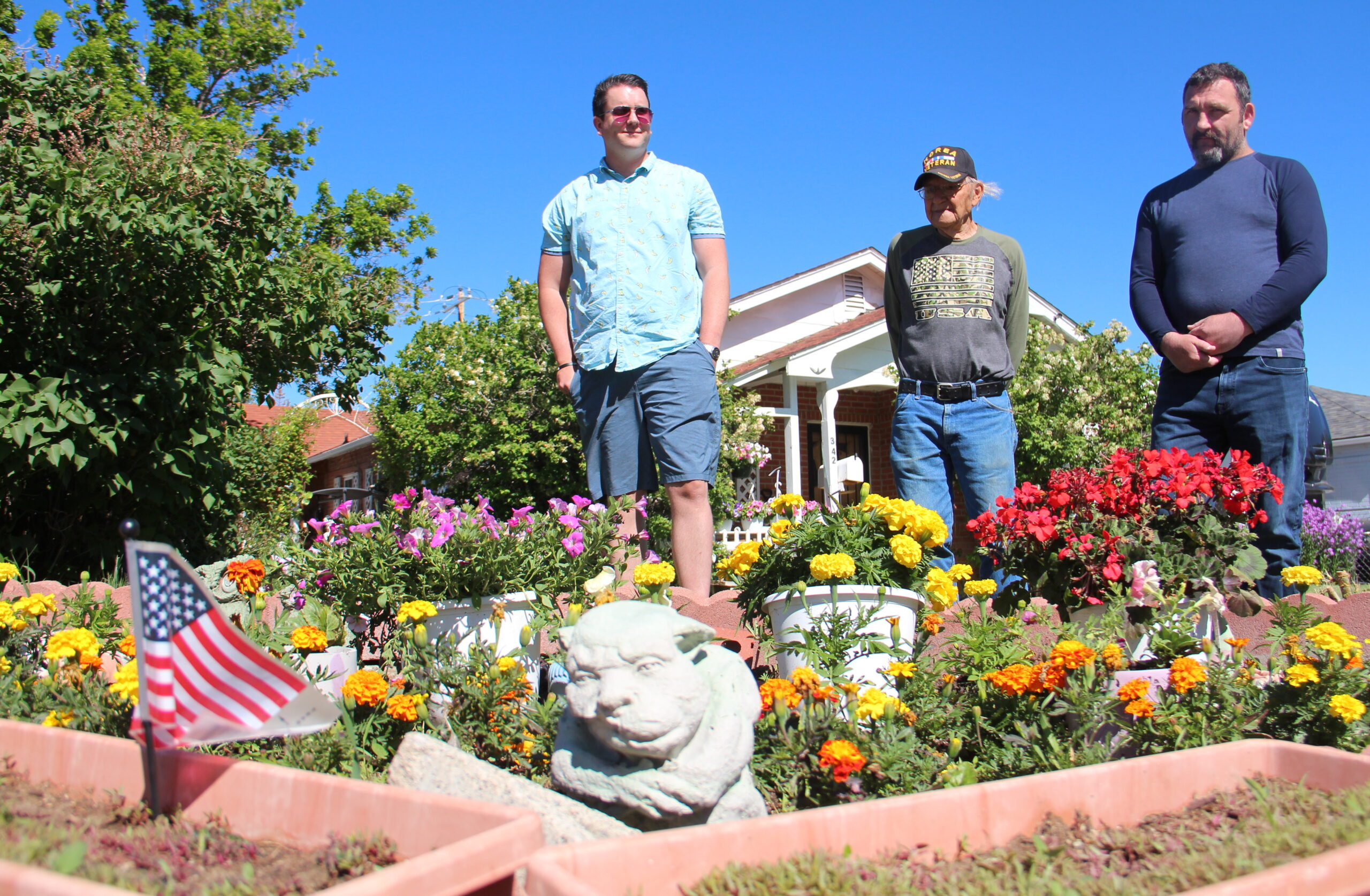 CASPER, Wyo. — It’s happened every year without fail for decades, Jesse Obert told Oil City. He and his partner JoAnne fill the bed on the corner of the their yard with flowers, and every year they go missing.

When the flowers again went missing last week, a neighbor across the alley created a sign imploring the thief to return them. Another neighbor took notice on one of her daily trips around the corner.

“I have driven by this home for years and years and have appreciated the flowers he puts out to decorate up his little corner,” Cyndy Farrar Latka told Oil City. “My heart was overwhelmed with sadness when I saw his sign.”

Latka shared the situation on social media, and it caught the public’s notice.

Mike Hills, founder of the lifestyle brand The Odd Duck, coordinated with Katies Kountry Garden, Peter Piper Picked a Picture Frame and Painting, and other anonymous benefactors in the community to replenish the display with over a thousand dollars’ worth of flowers.

Hills also added some of his colorful concrete gnomes and alligators to further decorate the garden and ward off negative energies.

“We made sure to load them up with so much concrete décor that if they steal again, the criminals will be facing a felony,” Hills said on social media.

“They’re all my favorite flowers,” Obert said of the new collection. “I want to thank the people that filled these beds back up.”

Obert said surveillance measures have been upgraded on the property.

Obert is a lifelong Casper resident, and served in the Korean War for three years with the U.S. Army. The home belongs to his partner JoAnne, who is also his ex-wife. After they divorced, they both got remarried, and later both their spouses passed away.

“So we got back together,” Obert said.

Obert is 91, and says the secret to longevity is health, activity, and serving the Lord. He’s got 60 tomato plants growing in the garden this year, and has an elk tag for a hunting trip with his daughter this fall. In the winters, he and JoAnn go mall walking.

Hills said the experience has been a vindication of his belief in the power of art and community.

“Art in Casper has saved my life multiple occasions,” Hills said. He was helped in arranging and deploying Obert’s new flowers by Luke Huelsman, who met Hills over the weekend at NIC Fest. They’ve become fast friends over the whirlwind mission to assist Obert.

The two have launched the motto “Spread Art, Not Hate,” and hope the story inspires others in tumultuous times.

“We fail to stop sometimes and really look at other people like they’re humans,” Huelman said. “We need to stop with the anger and the finger pointing and really come together. We need to do better.”

“And get off drugs,” Obert added.