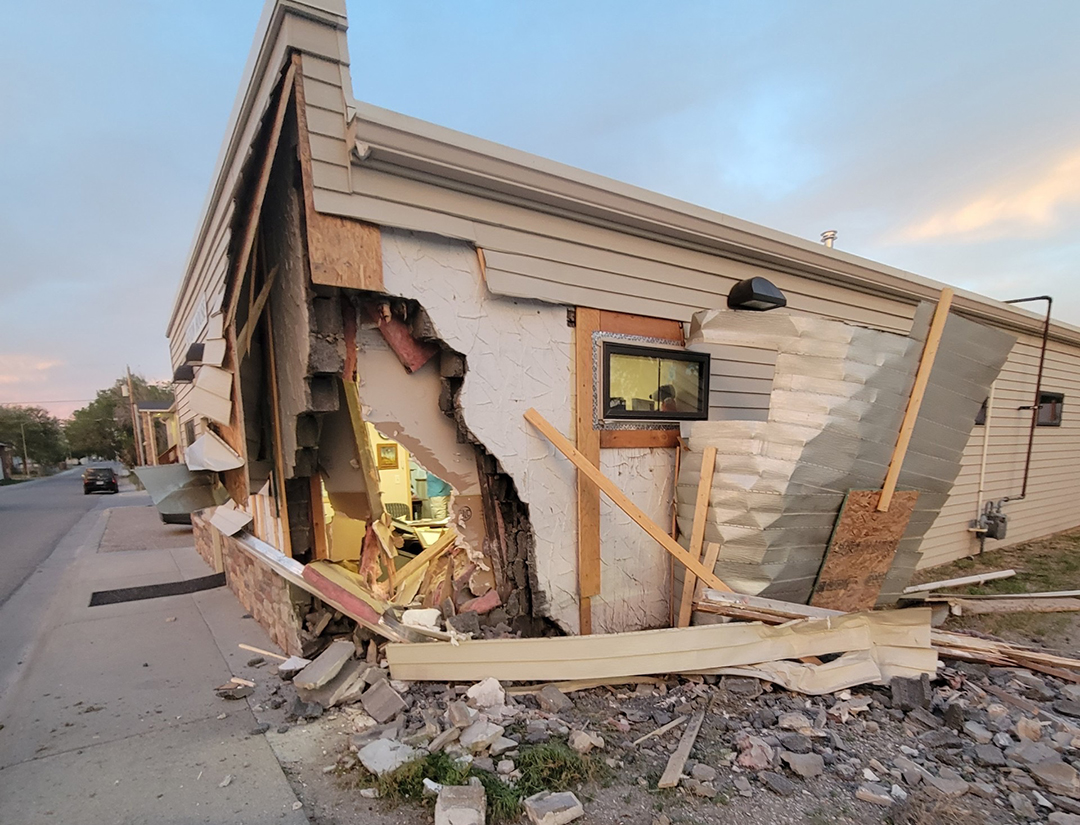 The District Attorney’s office recommended six months in jail on the remaining charges of reckless driving and leaving the scene of a crash. An additional arresting charge of felony property destruction cited in the original arrest was dropped. District Attorney Dan Itzen told Oil City Monday the affidavit indicated that the man had lost control of the vehicle coming around the corner, and that property destruction charges only apply if the damage was committed willfully.

Attorney Samuel Forschner noted that the ultimate costs to repair the damaged building would likely be hundreds of thousands of dollars.

The man told the court that the crash had occurred Friday night after a fight with his wife. He said that although he left the scene initially, he later made contact with his probation officer and Casper police investigators with the intention of turning himself over to authorities.

More information will be released when it becomes available.