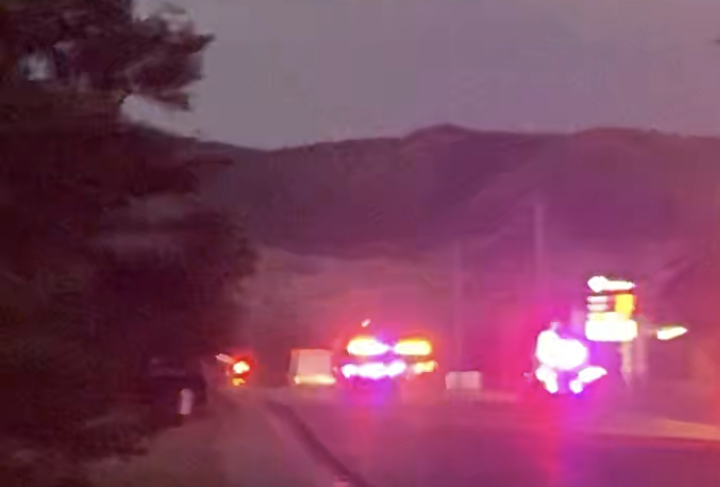 30-year-old Eduardo Bonilla-Bravo was charged with two counts of aggravated assault and battery, three counts of felony property destruction, and one count of felony eluding.

The chase touched off around 5:01 a.m. when a Casper police officer responding to a fire assist in the area of Wilkins Circle noticed the white Budget box truck turning north onto North Poplar Street, according to an affidavit filed for the case.

The officer noticed that the truck then aligned itself perpendicular to the street curb, and the officer approached in his patrol vehicle. The truck then drove off the roadway and back onto Wilkins Circle.

The officer activated his lights and sirens. Police say Bonilla-Bravo then rammed the front of the officer’s vehicle, which caused both vehicles to stop, and then rammed it again, pushing the patrol vehicle out of the way as he drove, the affidavit says.

Another Casper police officer encountered the box truck fleeing south on North Poplar at the intersection with F Street. Bonilla-Bravo attempted to ram the officer’s vehicle, but the officer was able to speed up to maneuver out of the way, the affidavit says.

The officer said the box truck also drove directly into the path of a Casper Fire-EMS engine and a CFD pickup. The CFD engine had to leave the roadway to avoid a collision.

Police say Bonilla-Bravo drove against traffic for almost the entirety of the chase down South Poplar and onto Garden Creek Road, forcing civilian vehicles to take evasive measures. The box truck sideswiped a civilian vehicle in the area of East 17th Street and South Poplar, the affidavit says.

Near the Sunrise Shopping Center, the box truck began veering into “nearly every available portion of the roadway,” the affidavit says.

A CPD officer parked in the roadway near Rotary Park deployed spike strips. Bonilla-Bravo drove straight into the police vehicle, which caused the box truck to leave the roadway and overturn.

Police say Bonilla-Bravo refused commands while remaining in the cab of the overturned box truck, and could be seen attempting to light various portions of the inner cab on fire, the affidavit says.

Scanner traffic on the day of the incident indicates that police were finally able to subdue Bonilla-Bravo with Tasers.

This story will be updated.